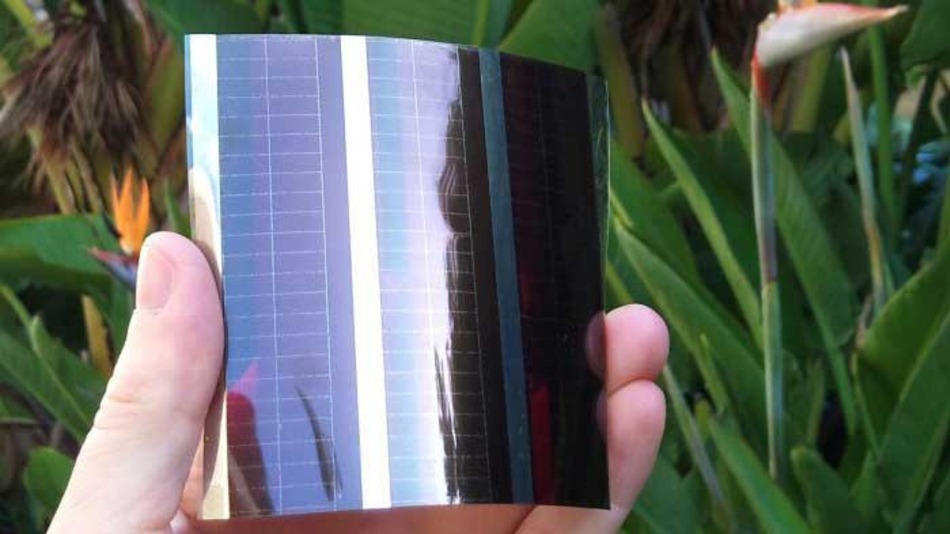 Dr Fiona Scholes, the key person, who is CSIRO’s senior research scientist, said commercialization stage was nearer for this technology and could power devices like laptops, rooftops etc.. Since 2007 they are working on the project of printing solar panels on plastic as an integrated part of Victorian Organic Solar Cell Consortium. The printing process of printing solar cells has been started in 2011 using commercial printers in which ink is solar ink. It is similar to plastic bank note printing.

“iPad covers, laptop bags, skins of iPhone [will no longer be] just for casing electronics, but to collect some energy as well and power those electronics.”

“It’s very cheap. The way in which it looks and works is quite different to conventional silicon rooftop solar,” she said. “It can be made to be semitransparent – we can use it for a tinted window scenario.”

“The possibilities for the solar panels are endless due to the projected low cost, light weight and flexibility.”

“We print our solar inks in a roll-to-roll process onto plastics like PET. The printing is done in open air, using off-the-shelf printing equipment that we have adapted to use our solar inks.”

“Has the potential to dramatically reduce the dependence on more traditional sources of electricity in developed countries such as Australia.”

This technology is cheap and can be easily put into action for the most of areas in developing countries.

Maybe these People Never Expected To Be Models, But The Results Are So Gorgeous