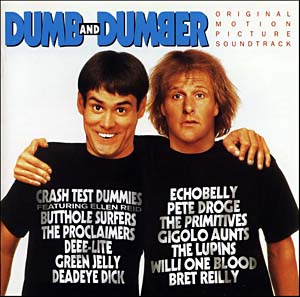 Is human intelligence on the decline? Gerald Crabtree believes so. The scientist has recently published a paper
arguing that humans are getting dumber due to a lack of natural pressure resulting in the evolutionary selection of traits required for high intelligence.

But his article, “Our Fragile Intellect” could be titled “My Fragile Theory”, in light of its lacking either evidence or logic to support the his arguments. Crabtree, a molecular geneticist at Stanford University, wanders into the fields of psychology, neurobiology, history and anthropology as he lays out a loosely woven fabric of support for a curious hypothesis.

It’s Not That Simple

The main thrust of his argument lies in the idea that intelligence is an inherited gene and thus subject to mutation over long periods of time, mutations that can be caused by changes int he environment. Regressive mutations in human genes occur every three thousand to five thousand years. Because hundreds of genes are necessary to perform tasks such as reading, driving or writing, Crabtree makes the valid point that because of the large number of genes involved in these processes, intelligence may be especially susceptible to regressive mutation.

Crabtree believes that humans acquired their ‘intelligence genes’ during a prehistoric age, before spreading out of Africa. Because intelligence was crucial for survival at that point in our development, human intelligence peaked as man first developed agriculture and cities. At that point, intelligence began to degrade because there was no pressure for natural selection to favor genes related to intelligence.

There are a number of problems with Crabtree’s assumptions. First, he presumes that intelligence was the primary required trait for human survival. Many anthropologists and psychologists believe that the most important trait to human survival was cooperation. The act of working together magnifies each individual’s abilities, which serves as a force multiplier, producing results that are greater than the sum of parts. This effect is clearly demonstrated by such activities as harvesting, construction, manufacturing and warfare.

The second assumption made by Crabtree is that the pressures of civilization are less demanding to the intellect than surviving in prehistoric times. Food, water and shelter are easily obtained. However, to gain those things, civilized humanity must perform exceedingly complex tasks like reading, writing, tool manipulation, operating machinery, choosing complex ingredients and making rapid decisions. Each layer of civilization creates a layer of abstract thinking with which humans must grapple. For instance, instead of killing our food, we earn money performing abstract specialized tasks, then exchange that money for food prepared by someone else.

This is where Crabtree goes off the rails. He has forgotten that high-level functioning in a complex society requires immense amounts of abstract and hypothetical thinking. If anything, intelligence is now under even greater pressure to improve by natural selection. Humans have far more to think about now than they did when they first walked upright out of the forest.