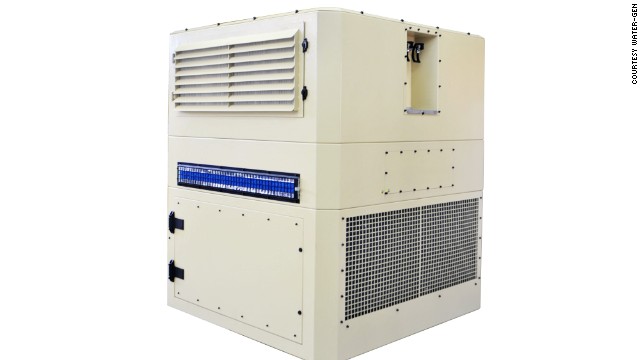 Water is an essential part of life on earth yet is difficult to harness in many parts of the world. The World Health Organization reports that 780 million people do not have access to clean water and an estimated 3.4 million die each year as a result of water-borne diseases. Water-Gen, an Israeli company thinks it can play a game changing role in the accessibility of drinkable water by creating it out from thin air. The company has developed an Atmospheric Water Generation Unit using its “GENius” heat exchanger to chill air and condense water vapour. 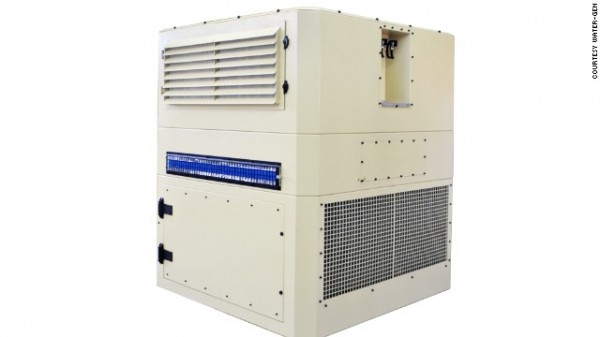 “The clean air enters our GENius heat exchanger system where it is dehumidified, the water is removed from the air and collected in a collection tank inside the unit,” says co-CEO Arye Kohavi. “From there the water is passed through an extensive water filtration system which cleans it from possible chemical and microbiological contaminations,” he explains. “The clean purified water is stored in an internal water tank which is kept continuously preserved to keep it at high quality over time.”

“Several companies tried to extract water from the air,” says Kohavi. “It looks simple, because air conditioning is extracting water from air. But the issue is to do it very efficiently, to produce as much water as you can per kilowatt of power consumed.” He adds: “When you’re very, very efficient, it brings us to the point that it is a real solution. Water from air became actually a solution for drinking water.”

The system produces 250-800 litres (65-210 gallons) of potable water per day depending on temperature and humidity conditions. According to Kohavi it takes an estimated 2 cents worth of electricity to produce a litre of water. Whilst the technology was developed primarily of the Israeli Defence Force (IDF), Water-Gen says it has already sold units to the military of seven countries, but Kohavi stressed that the general population can also benefit from the machine. 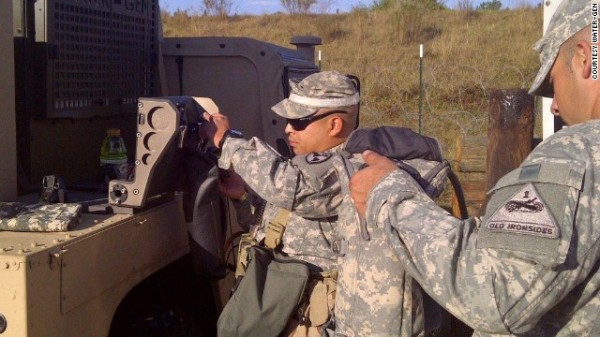 He explains: “We believe that the products can be sold to developing countries in different civilian applications. For example in India, [drinking] water for homes is not available and will also be rare in the future. The Atmospheric Water-Generation Unit can be built as a residential unit and serve as a perfect water supply solution for homes in India.”  Kohavi indicated that Water-Gen’s Unit can produce a litre of water for 1.5 Rupees (US 4 cents), as opposed to a litre of bottled water for 15 Rupees (US 24 cents).

7 Creepy Halloween Costumes For Your Dog This Year