The following post is about the ranking of the world’s greatest and largest dams. Dams provide a huge bulk of renewable source of energy and is big a necessity for a country’s growth and development, no country can progress and prosper without energy resources. Dams are basically of four types Earthfill dams, Gravity dams, Buttress dam and Concrete Arch dams. Each of which has its own benefits and features, without going in detail we shall start our topic from number ten in our list.

The Oahe Dam is among the world’s largest dam providing a bulk of energy to the United States. It is built along the Missouri River, just north of Pierre, South Dakota in the United States. It creates an artificial lake named Oahe which stretches up to 231 miles. The project provides flood control, electric power, irrigation, and navigation benefits, estimated by the Corps of Engineers at $150,000,000 per year. The amazing facts of Oahe Dam has set many records in the history, the height of the dam is 245 feet, the volume of the earth fill evacuated 92,000,000 cubic yards, the width of its spill way is 456 feet, the plant has the capability to discharge 56,000 cubic feet/second, seven Francis turbines are installed on the dam and each of which generates 112,290 kW. 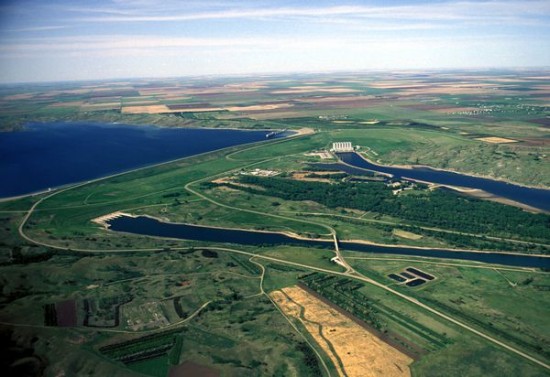 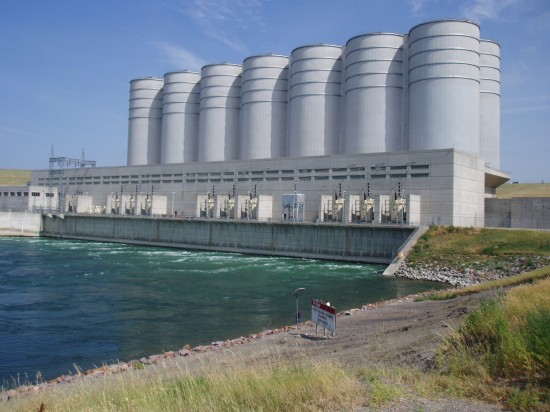 The Guri Dam of Venezuela situated on the Caroni River, Boliver state. The construction was completed in eight years starting from 1978 and ending on 1986. It was mainly a hydroelectric power dam destined to produce an 87 billion kilowatt-hours of electricity. As of 2009, the hydroelectric plant is the third-largest in the world, with 10,200 MW capacities. The power station was installed in the Necuima Canyon 100 kilometers upstream from the mouth of the Caroní River in the Orinoco. The Guri Dam provides 73 percent of electrical energy to the country Venezuela. The only one major problem encountered due to its construction was the lake that destroyed thousand miles of forest that was renowned for its biodiversity and rare wild life.

Yacyretá-Apipé is a hydroelectric dam situated on the Paraná River sandwiched between Argentina and Paraguay, 83 kilometers downstream of Posadas City, subsequently to Paraguayan urban of Ayolas, and Argentine city of Ituzaingó, Corrientes region. The dam has a length of 808 meters and has 20 turbines with a power of 4,050 MW that can produce 19,080 GWh per annum, with maximum water flow of 55 000 Cubic meters per second. From the year 1998 all the generators are operational, but the water level only reaches 76 meters over the sea echelon, which is 7 meters under the imaginative planned level of 83 meters. For this reason, the dam only produces about 60% of its intended power.