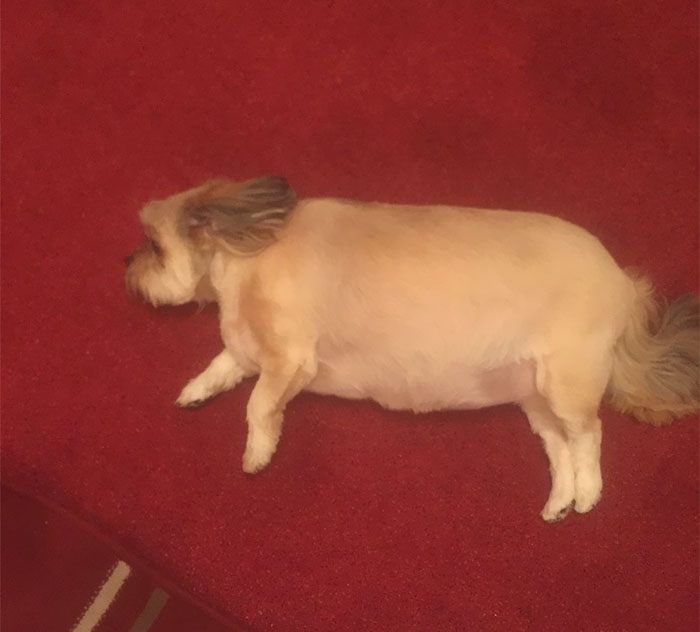 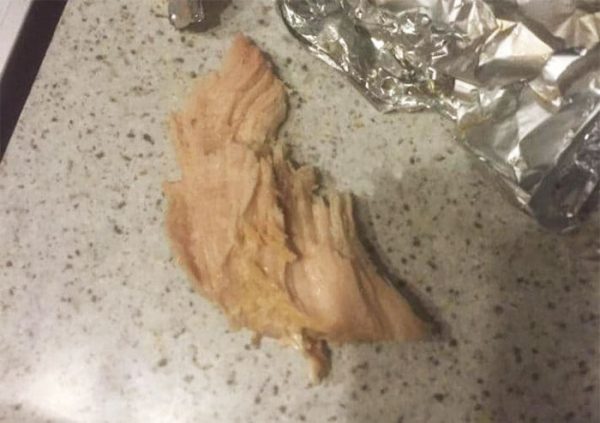 The hilarious situation was shared on Twitter by David. He tweeted: “No chance has my dog scranned the whole turkey for tomorrow.”

He later made another tweet that shared: “There’s the culprit, she can’t move.” There was also a picture of Bubba laying bloated on the floor.