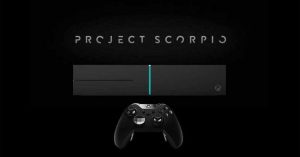 Project Scorpio arrived to the console war to end all console wars. Nintendo just released the innovative Nintendo Switch console, Sony released an advanced version of their PS4 and Microsoft did the same with the Xbox One S. All of these consoles contain the capacity for 4k visuals. Now, in addition to this, Microsoft takes it one step further in an attempt to triumph over the rest with their new Xbox known as Scorpio.

Prev1 of 4Next
Use your ← → (arrow) keys to browse
Comments