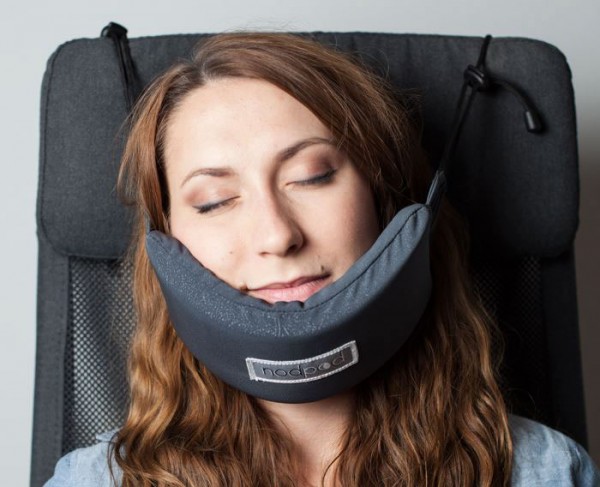 A woman named Paula Blankenship has created a solution for those tiring, sleepless trips. The new NodPod she’s created can be simply described as a head hammock. With the NodPod, you won’t have to think about having to make space to take you nap as it keeps you in an upright position with your head being held at a 90-degree angle. The NodPod is secured to the head rest of your seat with cords that are designed prevent blocking the TV screen for the passenger that may be sitting behind you.