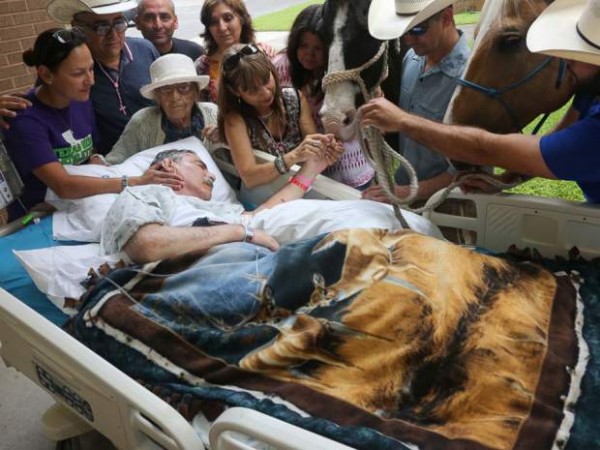 A Vietnam veteran’s health was quickly deteriorating and he knew he had to make his lasts. With his time coming just around the corner, Robert Gonzalez had just one wish before he moved on and that was to see and hug his two beloved horses for one last time. Even though it was located 150 miles away from the hospital in San Antonio, Texas, the staff decided to grant Robert his wish by taking the horses to the him Battling liver and kidney issues, his condition prevented him from leaving the Audie L. Murphy Memorial VA Hospital were he stayed. The moment when he got to see his two horses, Sugar and Ringo, was captured with a heartfelt video.