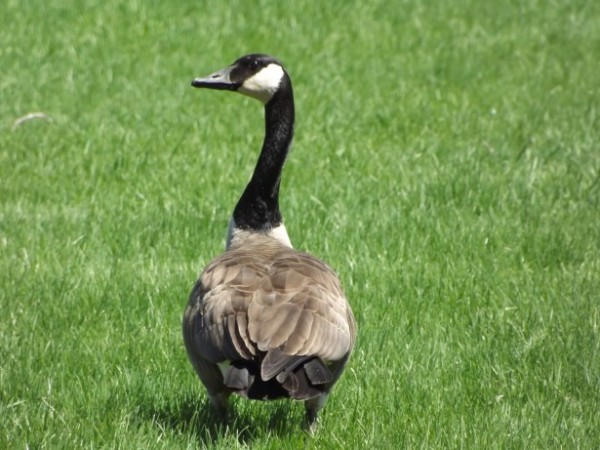 When she noticed that the stunned officer was not following her, she went straight back to his car to quake and peck some more. Once again, she slowly walked away and then stopped a few feet away to look back and check if he was following her. Thankfully, Givens took a hint and this time followed the goose.

Givens shares that he was led to a grassy area about 300 feet away from his car. To his surprise, he found one of her babies tangled up in some string. He then knew that she just wanted help to untangle her baby from the string. Before attempting to offer his help himself, Givens contacted the wildlife rescuers, but none were available at the time. Instead, one of his colleagues responded and even brought a camera along to capture the amazing moment.