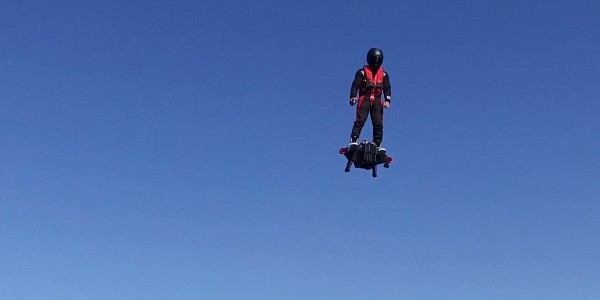 Like me, I can bet many hoverboard-enthusiasts were at the tip of their chairs when they saw that first teaser for the Flyboard Air that was released last month. Here is something else to get you excited. It turns out that the hoverboard is actually much realer that we though, and there is a new world record to prove it. Recently, the new gadget set the Guinness World Record for the furthest distance traveled on a hovering transporter. 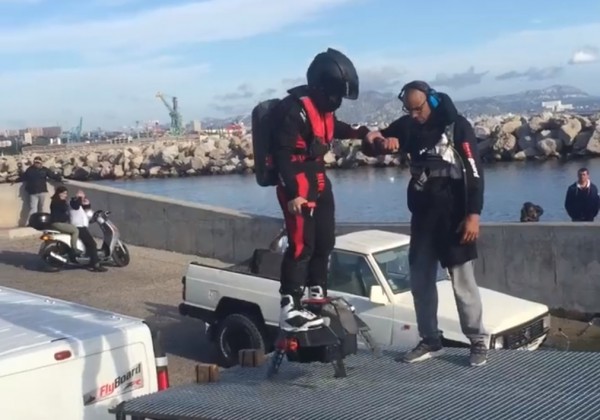 The news by Guinness shared that the device which was being rode by its inventor, Franky Zapata, (also the inventor of the original Flyboard) was taken a total of 7,388 feet into the air. That is, over 6,300 feet higher than the record that was set by the previous record holder. The Flyboard is just our greatest hope for a functional and commercial hoverboard as prior to reaching feet high, a clean landing was still performed. 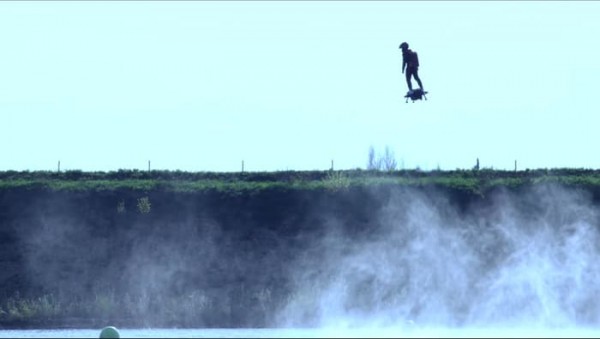 The event took place off the coast of Sausset-les-Pins in the south of France from a takeoff platform on Carry-le Rouet. Zapata had flown the Flyboard Air 100 feet or so above water, taking it from a platform to the local port in his record-setting flight. In the flight which lasted for about seven minutes, the device reportedly reached a top speed of 44 mph, even though Zapata Racing claims that it can actually hit up to 93 mph. They also said that it was able to reach heights of up to 10,000 feet and stay airborne for up to 10 minutes in a single charge. 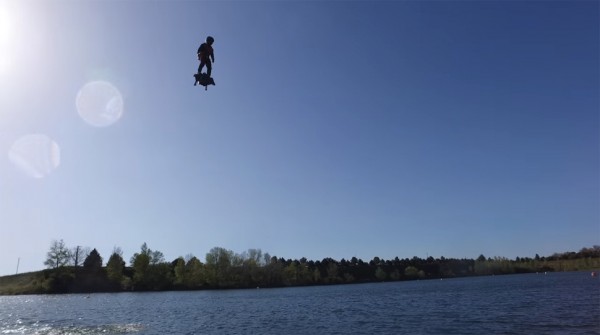 Many have tried and so far failed when trying to to mimic a skateboard form factor for their hoverboard projects. The Flyboard Air however actually looks more like Green Goblin’s hovercraft. The hoverboard sticks to flying over water to allow him to crash safely in the event of a malfunction as it is still a work in progress and doesn’t appear to have much in the way of safety systems for now. You can read about the Flyboard Air’s record-setting flight on the Guinness World Records website.