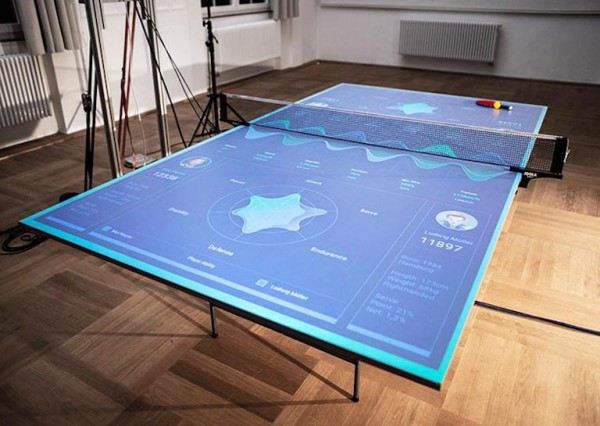 There is a new high-tech ping pong table that promises to save those of us who suck at playing table tennis from our party game embarrassments. Its caliber includes telling you exactly what you need to do to improve and beat your opponent during play with its stunning visuals and integrated video sensors that are hooked up to a responsive overhead projector. To ensure the most intense ping pong tournament for your next party, the technology of the table can also track player information and provide a real time stat board.

Invented by a young German designer named Thomas Mayer, the Table Tennis Trainer vows to turn your loses into wins, even against your toughest opponent while turning the so-called sport of table tennis into the ultimate futuristic battle of opponents. Table tennis will never be forgotten again. 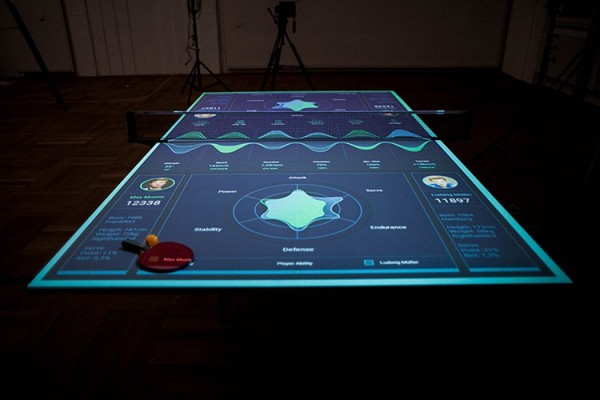 The table is not available on the market as yet but a few details about it were released, such as the various different modes on the table which include serve training and multiplayer. In addition to the awesome graphics produced by the table during game play, there are stunning graphics in the user interface. For example, imagine the ball’s every movement being traced with a track on the table as you face off against an opponent. Some may also think of this as modern art. So, questions such as whether the ball bounced twice or hit the table, will be easily answered if we take a look at the stats that were collected by the interactive board. 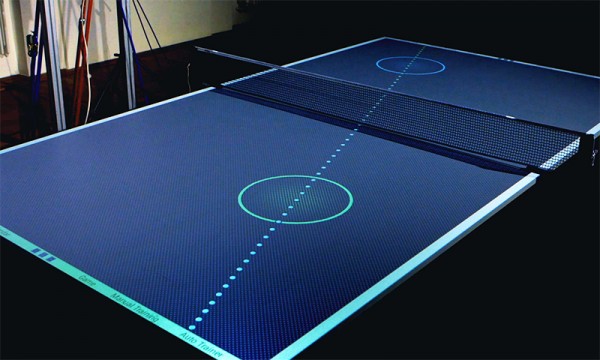 Soon enough, you will to get your hands on one of these table tennis training systems. 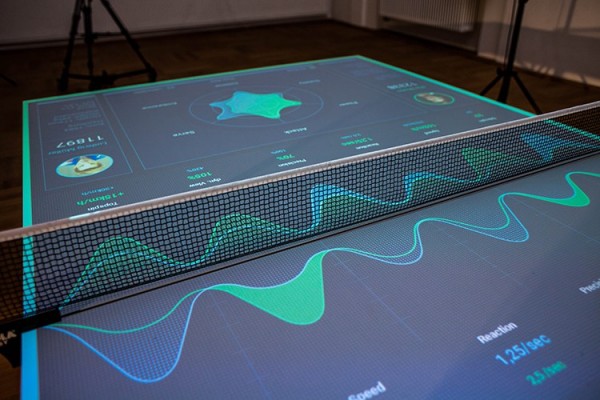