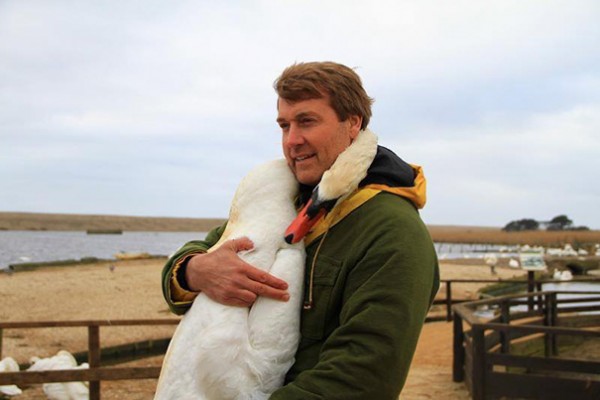 Not all animals are approachable. In this section of the pie chart, swans are very much included. Swans are not
particularly affectionate, and they can be quite intimidating and territorial. This was a different case when the host of
a television show had to help one. 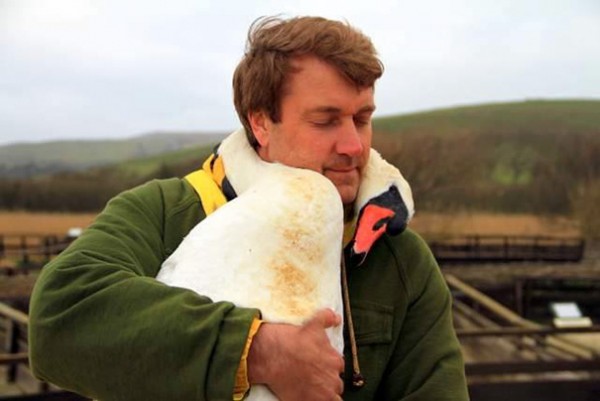 Host of the television show “Born to Explore”, Richard Wiese, was lucky enough to experience the hug of a swan when he had to help one that was injured. It touching moment occurred a few years ago when Wiese was visiting U.K.’s Abbotsbury Swannery. He ran into a swan who had been injured after flying into a chain-link fence. Wiese had to hold the swan while it was being examined.

“When I put it next to me I could feel its heart beating and it just relaxed its neck and wrapped it around mine,”
Wiese told ABC News. “It’s a wonderful moment when an animal totally trusts you.” 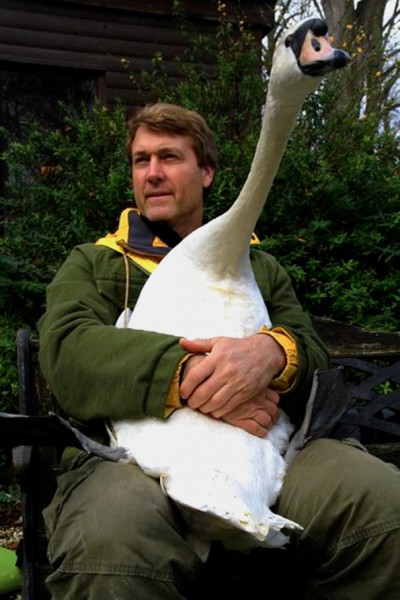 “I pulled it to my chest and somehow it felt comfortable or safe. I could feel its heart beating and it just relaxed its neck and wrapped it around mine.”

“It’s a really terrific feeling when you feel that bond and mutual trust with this non-verbally communicating animal when the animal realizes you intend it no harm.” 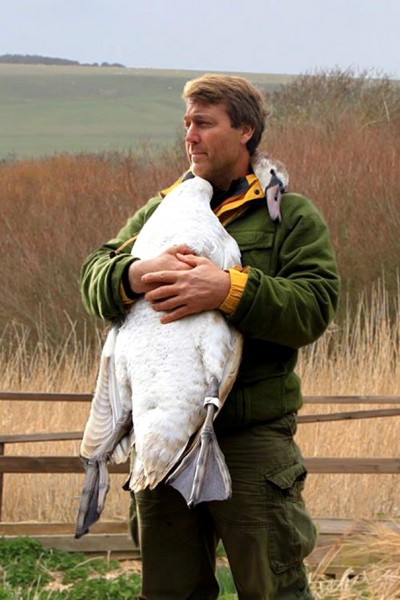