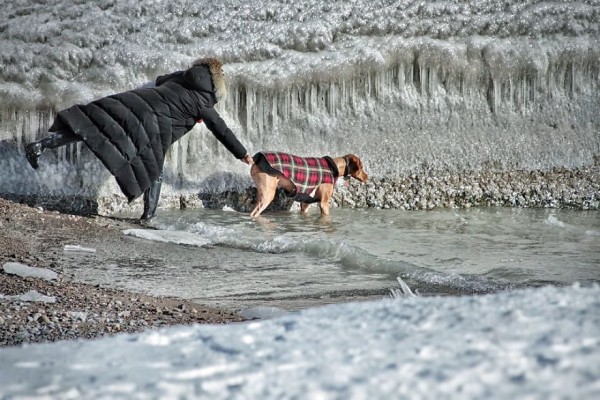 It was a cold winter day when Martine Gingerich came across an unusual commotion while walking on her Toronto neighbourhood beach, along the shores of Lake Ontario. A lady was barely holding on to the cropped tail of her dog, which was halfway in the water, fixated on something that was not clear from the position she stood. 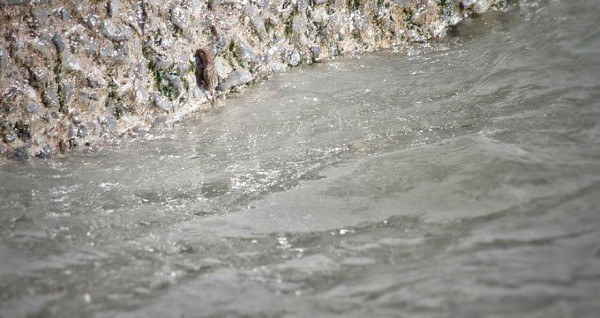 When she asked the woman what was happening, she was told that a little mouse had fallen from the retaining wall next to the beach and had been trying to climb back up, but to no luck. In hopes of the little creature coming back to safety, she decided to stick around and watch. Each time the little mouse climb up the wall, it fell right back in the rigid waters. After several minutes of trying and failing to get back up the wall, the little mouse decided to change his strategy and began to swim for the shore.