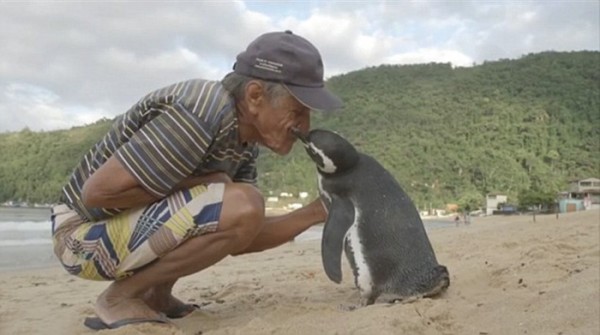 While it is illegal to keep wild animals as pets in Brazil, this did not stop a man and a penguin from fostering an unusual friendship. Every since 2011, Dindim is living with his best friends after meeting him on the beach in Brazil. 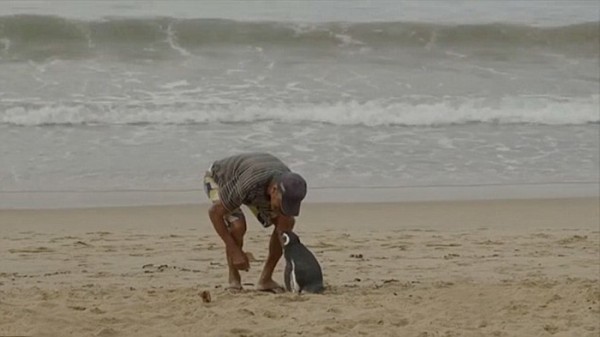 Joao Pereira de Souza, a 71-year-old retired bricklayer and part time fisherman, found Dindim, a South American Magellanic penguin, covered in oil and close to death. When De Souza nursed him back to health, however, he found that Dindim didn’t want to leave; when he finally did, De Souza was surprised to see him return the next year, and the years following.

“I love the penguin like it’s my own child and I believe the penguin loves me,” Joao told a local TV station. “No one else is allowed to touch him. He pecks them if they do. He lays on my lap, lets me give him showers, allows me to feed him sardines and to pick him up.” 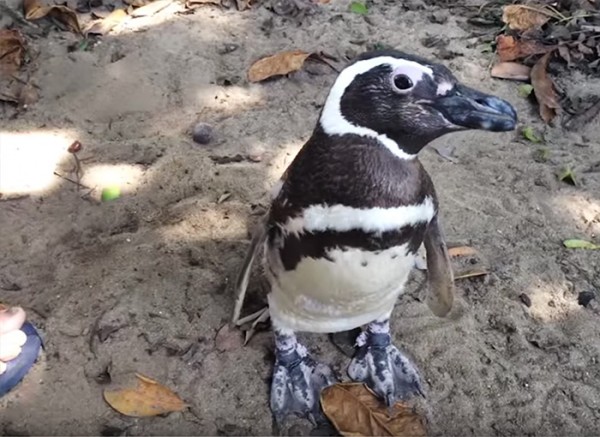 “Everyone said he wouldn’t return but he has been coming back to visit me for the past four years,” Joao added.

Biologist, Professor Krajewski, says, “I have never seen anything like this before. I think the penguin believes Joao is part of his family and probably a penguin as well.” 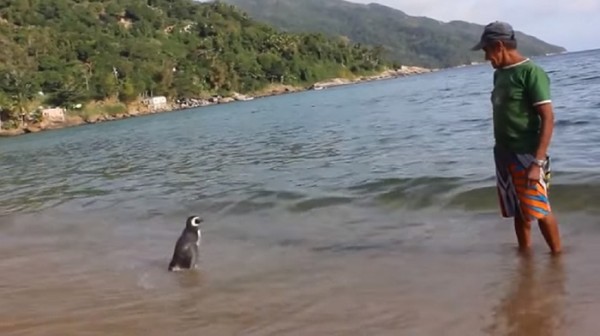