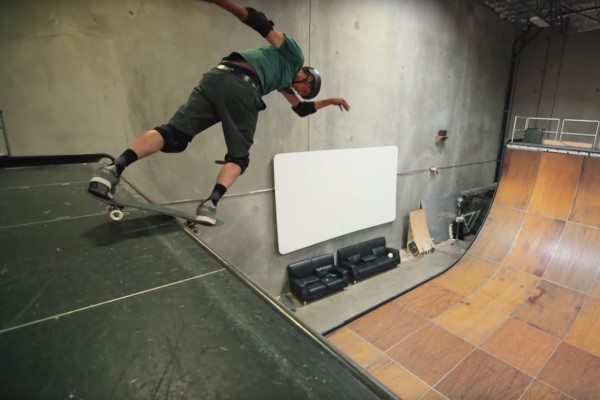 Making custom boards using unorthodox materials is something that Signal Snowboards has been doing for a long time. Since lately, using cardboard is something that they have been experimenting with. After building both rideable surfboards and snowboards, the firm has now gone to building a surprisingly tough skateboard that is made of cardboard.

While some of us may go ahead to assume that they just had the sides of a cardboard box cut off and had some wheels attached to it, and then dropped into a half-pipe, Signal Snowboards has shared that they actually worked alongside the paper products experts at Ernest Packaging Solutions to realize this creation.

On their first attempt, layers of corrugated cardboard were used for the deck but this method was scrapped as they noticed that the board would consistently fracture once the rider started to perform the more extreme stunts. They then went on to trying another method which included increasing the amount of the layers of thick paper that was soaked to its core in resin using a vacuum sealing system. It was them left to harden in a press.

The resulting skateboard was a little more flexible than most decks, but it still managed to hold up to countless tricks in a half-pipe and a pool, even while being ridden by Tony Hawk himself. The skateboard legend himself was content with the fact that skateboard makers were trying to find new ways to make awesome boards.