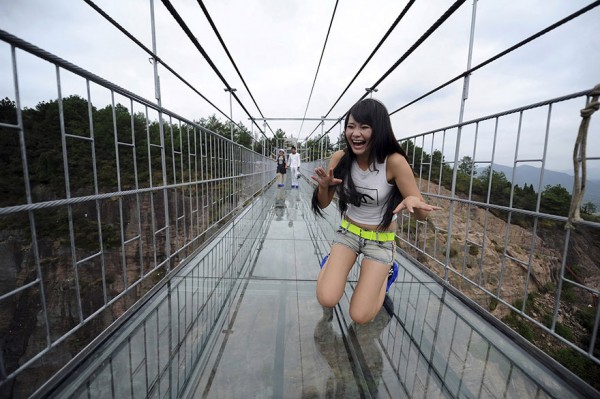 In China, a terrifying wooden bridge was replaced with one that is made of glass. Located in Shiniuzhai Geopark in Hunan, the world’s longest glass-bottomed walkway which spans 300m (984f) and is 180m (590f) above ground was first made of wood and links the two peaks of the Stone Buddha Mountain. The floor is made of double-layered glass that is 24mm (0.94in), and is reportedly 25 times stronger than the regular glass window. 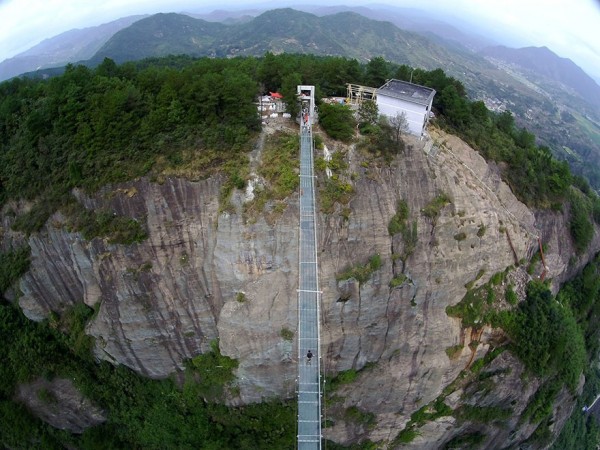 As 11 engineers work 12 hours a day, the bridge that had previously been made of wood was converted to glass. While previously, you would be considered brave if you steeled yourself to cross the wooden walkway, now having a glass bottom, the bridge is already being referred to as “hero bridge”. 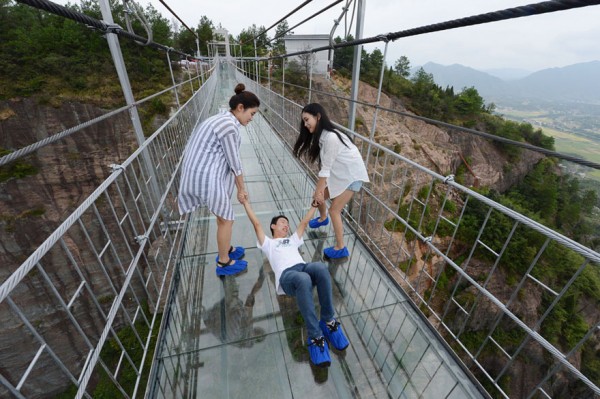 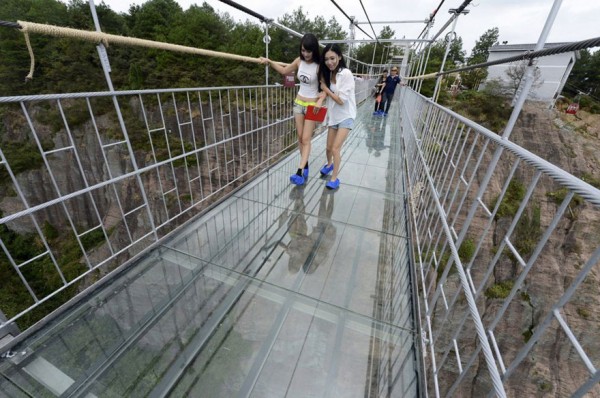