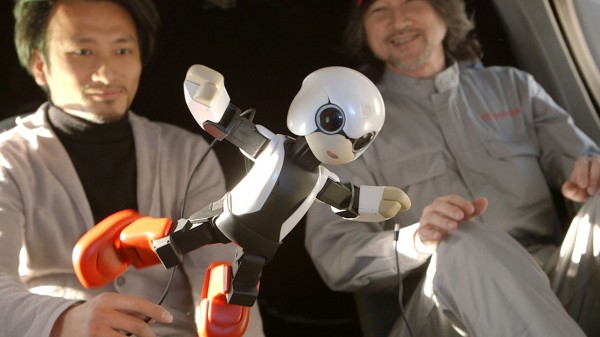 Recently, a robot that acts as a friend for lonely astronauts in space was honoured with two Guinness World Record titles. The small android named Kirobo is able to have conversations in Japanese and has set records for First Companion Robot in Space, and Highest altitude for a robot to have a conversation following an 18-month stay on-board the International Space Station. 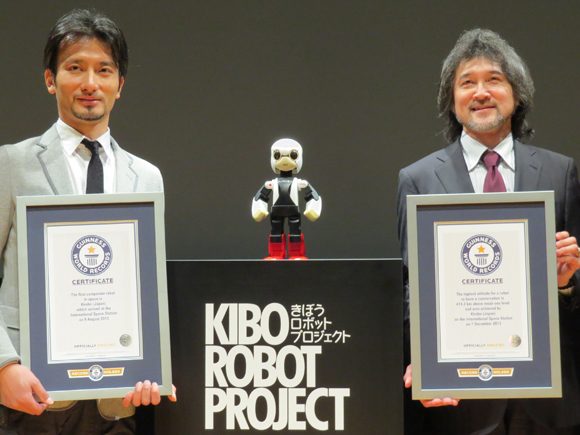 The 34cm tall Kirobo robot can recognise faces and has a sophisticated voice recognition system. Its on-board voice synthesis coupled with a library of pre-set gestures and an advanced language processing system, allows it to speak in an uncannily natural manner, and it is able to stabilise itself in zero-gravity conditions.

The robot astronaut was developed as part of a five-year, joint research project carried out in collaboration with advertising agency Denstu, the University of Tokyo’s Research Center for Advanced Science and Technology, Robo Garage, Toyota Motor Corporation, and JAXA the Japan Aerospace Exploration Agency. One of the main aims of the project was to test if a robot could provide psychological support to a human subject experiencing sever loneliness – such as an astronaut during an extended stay in space – by acting as their conversational partner. 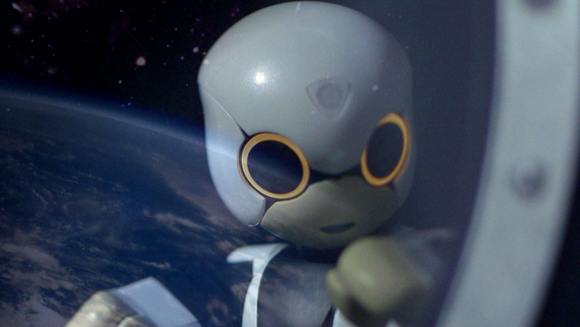 On August 4, 2013, KIROBO left earth via a HIIB rocket with the mission to serve as a companion robot to the astronaut, Koichi Wakata. After arriving at the ISS on the 10th, KIROBO gave its first speech eleven days later, declaring: “On August 21, 2013 a robot took one small step toward a brighter future for all.”

KIROBO left earth via a HIIB rocket on the 4th of August, 2013, with the mission to serve as a companion robot to astronaut, Koichi Wakata.

After succeeding in having multiple meaningful conversations with Wakata, the humanoid went on to achieve the highest altitude for a robot to have a conversation record on December 7 2013 at an altitude of 414.2 kilometers above sea level.

The space travellers both arrived back on Earth safely aboard SpaceX’s CRS-5 Dragon cargo supply spacecraft on February 10, slashing down in the Pacific Ocean off California. They arrived back in Japan on the 12th of March.

Kirobo’s first words after returning home were: “From up above, the Earth glowed like a blue LED.” 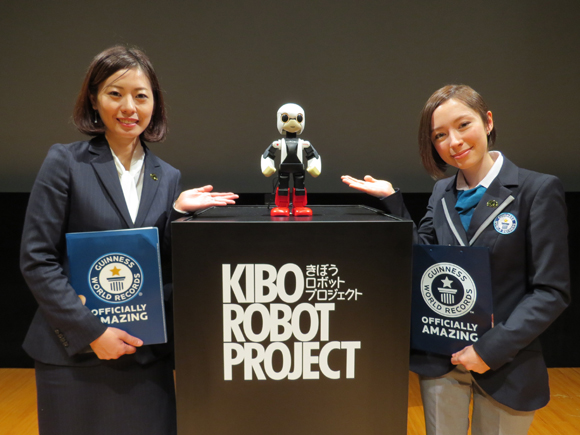 The official GWR certificates were presented to the team behind Kirobo during an event at the National Museum of Emerging Science and Innovation in Tokyo.