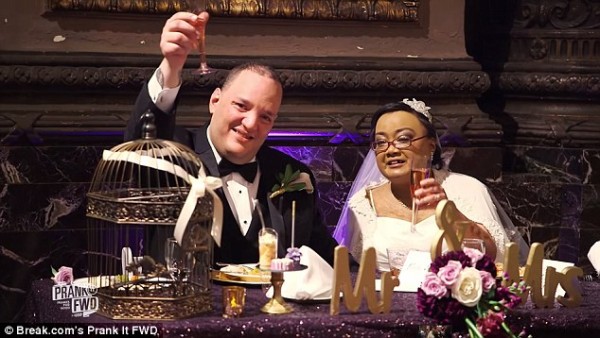 After putting off their vows for more than six years, a couple from New Jersey were married in a surprise wedding at a movie theatre. Couple Elaine Bran, a film-school graduate and cinema enthusiast, and her fiancé Mario Lantigua were forced to put off their dream wedding after she fell ill with a type of cancer called Hodgkin’s lymphoma. Medical bills mounted and the heavy costs of a family member’s funeral also came along, as the couple seemed to face one hardship after another. Too bad they didn’t know that Break.com‘s pay it forward campaign, Prank It FWD was coming their way. In collaboration with DoSomething.org, the wedding was planned, and a simple trip to the movies was turned into something far more spectacular than the couple could have ever imagined. 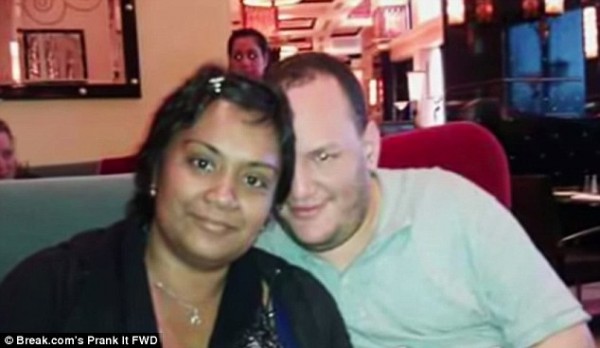 Love between Mario and Elaine first emerged when they met on the set of a zombie movie that she was making. The moment Mario knew that he wanted to spend the rest of his life with Elaine, he wasted no time in proposing. Soon after they were engaged, tragedy struck when Elaine was diagnosed with cancer at the age of 30. As a result, the wedding was postponed and Mario put his own life on hold to be there for his wife-to-be. But, in a surprising twist, the couple were still able to have their own Hollywood ending. 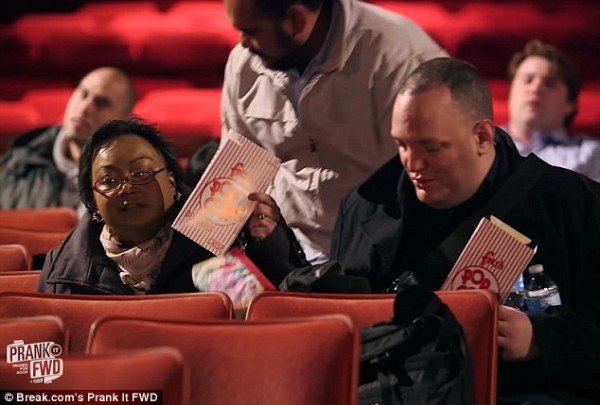 After sitting down with popcorn at the theatre, Mario made his excuses and left. Meanwhile, a preview trailer that paralleled Elaine and Mario’s own life proceeded to play on screen. It didn’t take long for Elaine to realize that the preview story she was watching was actually all about her as Mario walked over to Elaine and fighting back tears proclaimed his love for her. She had no hesitation saying yes. 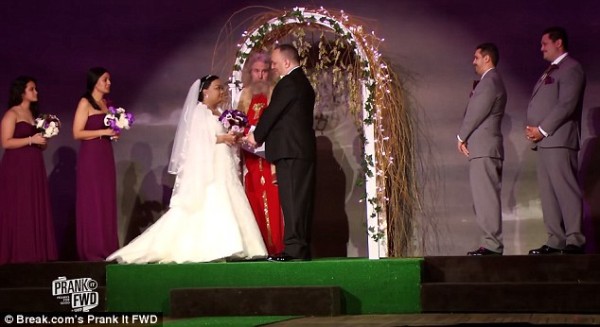 The house lights went up and the couple’s friends and family were all waiting on stage to celebrate with the couple. Within minutes Elaine was changed into a wedding dress that was picked out by her sisters and Mario into a black tuxedo. As Elaine walked down the aisle of the cinema, the couple stood staring lovingly at one another before bursting into tears as they read their vows aloud. There was also a reception where friends and relatives toasted the newlyweds. 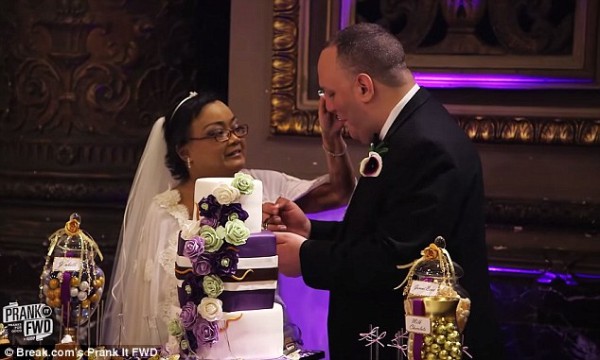 The surprise wasn’t left as being a wedding at the movies as the couple were given an all-expenses paid trip to Hollywood, California as a honeymoon trip, along with a check for $20,000. 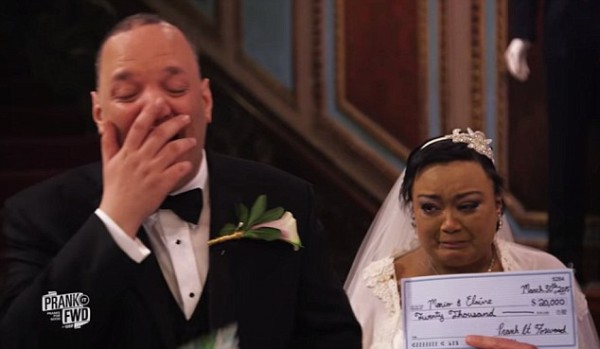 Watch the entire series of events in the video below.