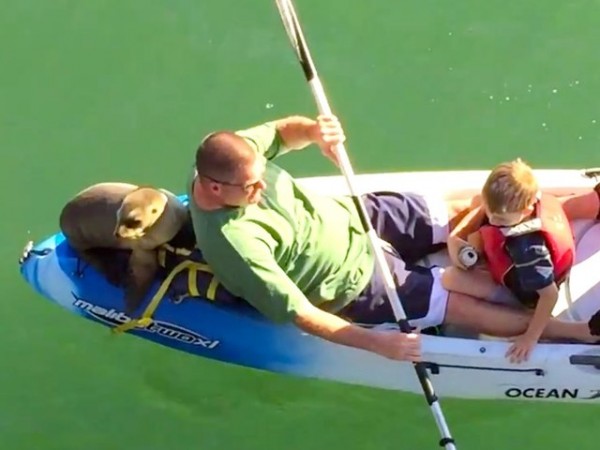 What would you do if you saw a sea lion jump up on your boat to enjoy the ride with you? On Saturday, the 14th of February (Valentine’s Day), a family kayaking in Santa Barbara harbour in California received a surprising visit when they found themselves paddling in their kayak with an extra passenger, a sea lion pup. The family says that the sea lion hopped aboard and hitched a ride.

“At first it felt like he was pushing the kayak. We felt him back there,” Rodney Gist told KTLA. “Next thing you know, I could tell he had climbed aboard.” 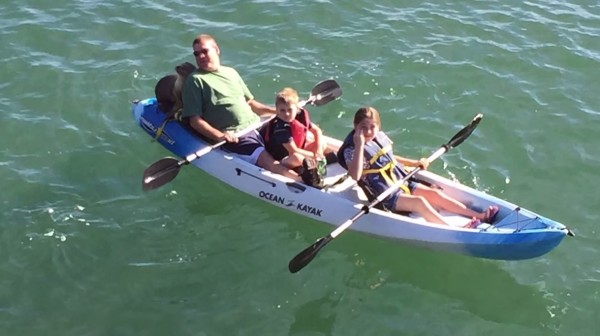 “My wife is somewhat freaking out, thinking about this experience, this wild animal on board with us,” Gist told KEYT.

Putting more memory to the occurrence, the family undeterred, bonded with the pup and nicknamed it Cecil. 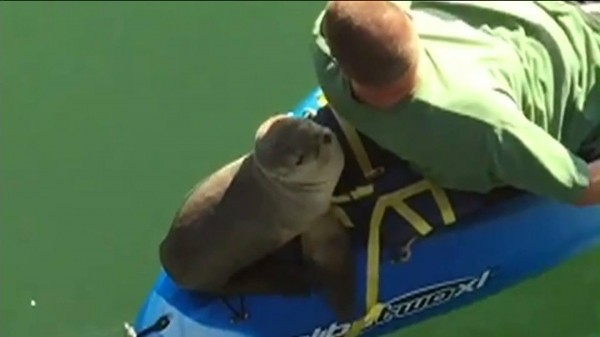 “About five, 10 minutes in, I was able to touch him and pet him. He was putting his head up underneath my arm, trying to get on my lap,” Gist added. “I thought he was going to be slimy. He was more like a dry, short-haired dog is what it felt like.”

Many wildlife professionals however say that it is generally not a good idea to touch wildlife animals. At times, even the adorable tiny ones can become aggressive. In 2012, singer Shakira was scratched by a sea lion in South Africa while trying to pet it. 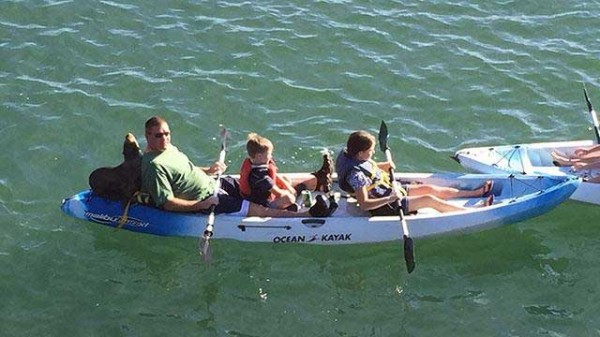 Gist said that the pup cruised along with the family until they reached shore where he became shy of the crowd of onlookers that gathered and he slipped back into the water and went off.

Check out the video that was captured below.