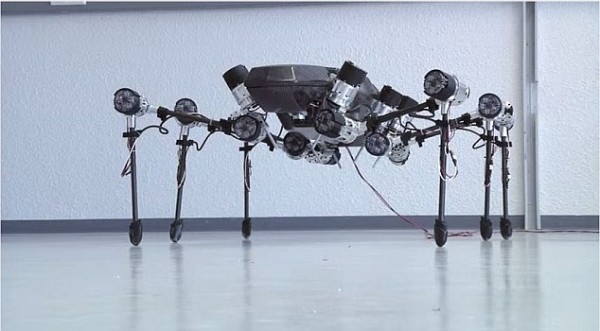 Recently, some scientists created a robotic stick insect that is able to walk up the stairs on its own and negotiate stony ground. After studying how the legs of stick insects move, the researchers at Bielefeld, in Germany, invented the robot that copied nature’s design. Its six robot legs are comprised of 18 highly-elastic joints in total, to allow it to cope with uneven surfaces.

Each leg is packed with sensors to help the robot get feedback about the ground. Each joint contains a drive that was designed to mimic the behaviour of stick insects to allow the legs to be stable and move independently. 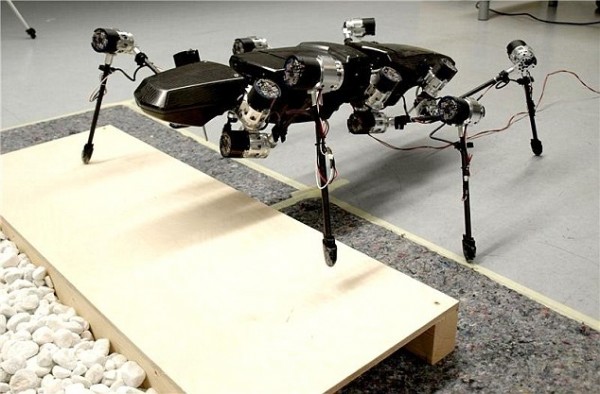 The hexapod cognitive autonomously operating robot, shortened as HECTOR, is able to carry loads of up to three times its own weight. The exoskeleton made from carbon fibre and plastic weighs just 26 lbs (12 kg) and therefore is able to carry a load of 66 lbs (30kg).

The movement of the robot is controlled using biologically inspired algorithms that are based on the way stick insects move themselves and it is designed to learn from its experiences. 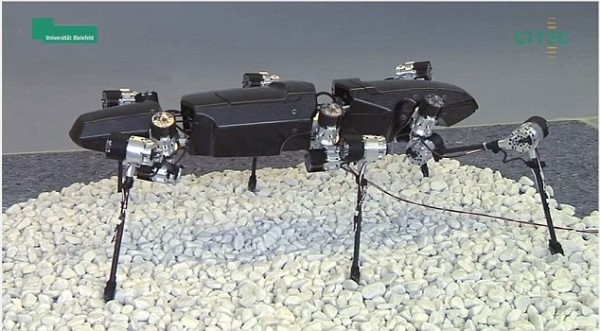 The scientist have also built a prototype that uses its cameras and tactile feelers to sense its surroundings, therefore allowing the robot insect to feel and see obstacles in its path.

“A major challenge will now be to find an efficient way to integrate these far-range sensors with the posture sensors and joint control sensors,” Professor Volker Dürr, another engineer on the project at the biological cybernetics laboratory at Bielefeld University said.