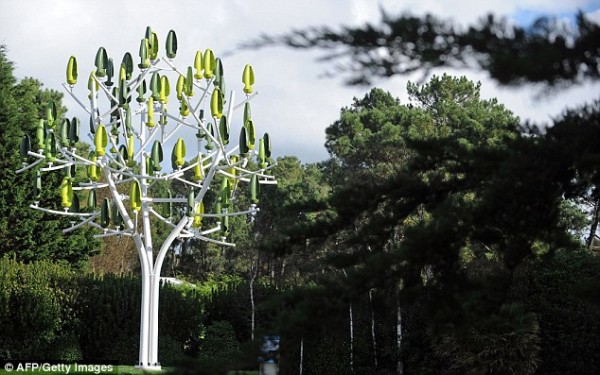 Unfortunately, money still can’t grow on trees, but a team of French engineers have found a way to save us money spent on electricity with an artificial tree that is able to generate electricity using the wind.

The founder of the Parisian start-up which will market the Wind Tree in 2015, Jérôme Michaud-Larivière said, “The idea came to me in a square where I saw the leaves tremble when there was not a breath of air.” He added the energy “had to come from somewhere and be translatable into watts.” 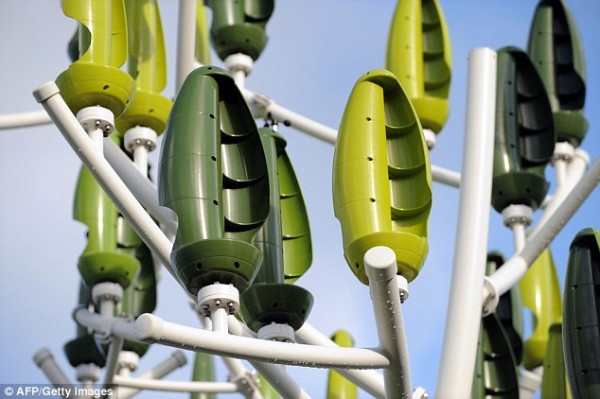 The ‘leaves’ of the trees are designed with tiny blades housed inside, that would spin in the wind – regardless of its direction, and in addition has the advantage of being completely silent.

The 26ft prototype that was developed by the team after three years of research, now stands in the Pleumeur-Bodou commune in Brittany in NorthWestern France. They hope to eventually be able to install the energy generator in homes and urban centres.

The tree which will carry a price tag of £23,500, can reportedly generate electricity on twice the number of days as a conventional wind turbine as it can generate power on winds of speeds of just 4.5mph. 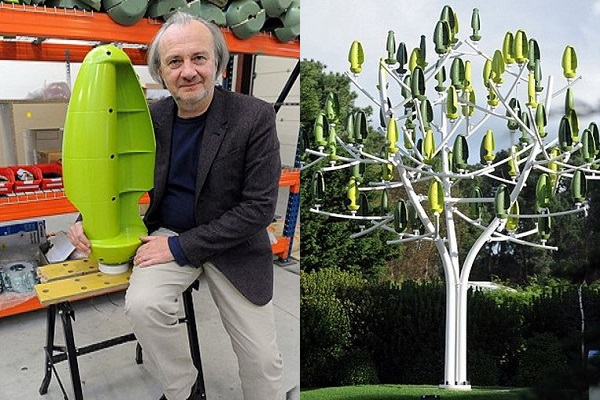 Mr. Michaud-Lariviere said that the tree which has not yet been tested by an independent laboratory, is profitable after winds of 7.8mph on average over one year.

He hopes the tree will be able to make good use of small ‘deposits’ of air currents flowing into town along the buildings and streets to feed LED street lamps, or a charging station for electrical cars. He also admits there are more consistent winds of 160ft in the air but they require ‘monstrous machines’, far from where energy is consumed. Other means of power generation such as photovoltaic, and geothermal, combined with energy-efficient buildings will also be paired with trees to work together.