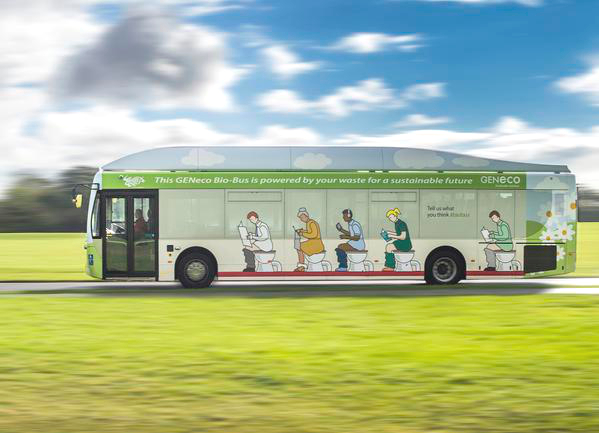 On Monday the 24th of November 2014, the UK’s first poo-powered bus called the Bio-Bus was placed on the roads and will be in service for a four-week trial period. The 40-seater bus is supplied power from a gas that was generated from the processing and treatment of sewage and food wastes that were found unfit for human consumption. It is also said that the Bath Bus company ran bus’ gas is eco-friendly as it produces fewer emissions than the traditional diesel engine. Currently, it operates from the Bath to Bristol Airport service along the A4 motorway.

On a full tank, the Bio-Bus can travel 186 miles (300 km). The gas used to power the bus is generated at a sewage works treatment in Bristol called GENeco, which is a subsidiary of Wessex Water. 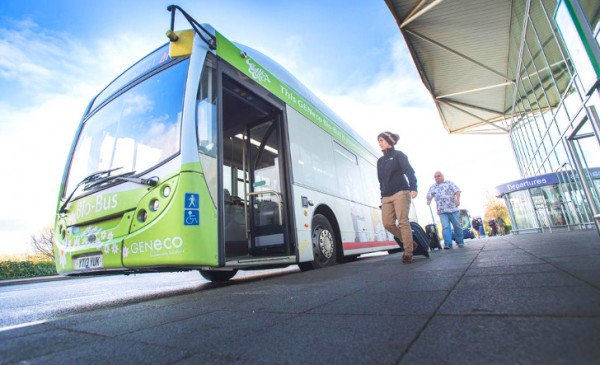 The General Manager of GENeco, Mohammed Saddiq, said, “Through treating sewage and food that’s unfit for human consumption we’re able to produce enough biomethane to provide a significant supply of gas to the national gas network that’s capable of powering almost 8,500 homes as well as fuelling the Bio-Bus.”

One tank of gas represents the annual waste produced by five people, according to Wessex Water. The firm notes, “Using the annual waste generated from one bus load of passengers would provide enough power for it to travel a return journey from Land’s End to John O’Groats.” During the four-week trial, around 10,000 passengers are expected to board the Bio-Bus.

“Gas-powered vehicles have an important role to play in improving air quality in UK cities, but the Bio-Bus goes further than that and is actually powered by people living in the local area, including quite possibly those on the bus itself.” Mr. Saddiq said.