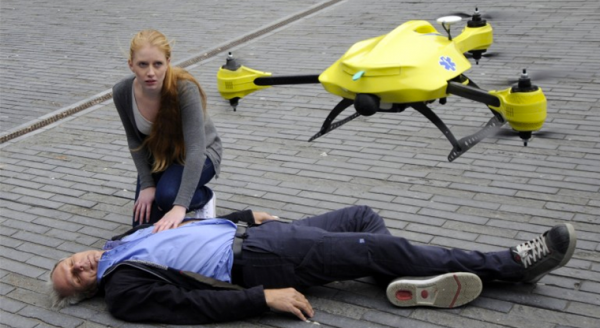 Heart attack is a health complication that requires serious and fast medical response, and sometimes the responsiveness of the medical team can be very slow. Recently, a Dutch engineering graduate of the TU Deflt University, Alec Momont, unveiled a prototype ‘ambulance drone’ that is able to reach heart-attack victims within precious life-saving minutes. It is said that the device painted in emergency service color yellow and driven by six propellers, can fly at speeds of up to 100 kilometres per hour (60 miles per hour) and is able to carry a four kilogramme defibrillator. 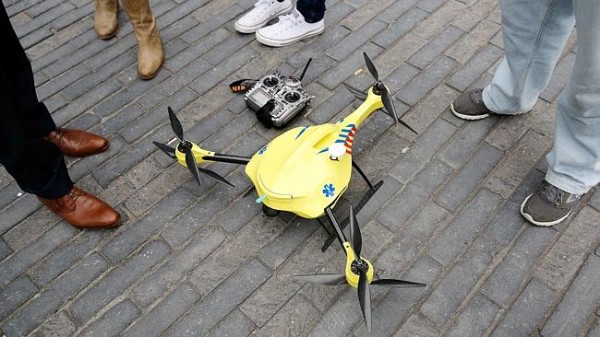 “Around 800,000 people suffer a cardiac arrest in the European Union every year and only 8.0 percent survive,” 23-year-old Momont said at the time. “The main reason for this is the relatively long response time of emergency services of around 10 minutes, while brain death and fatalities occur with four to six minutes.”

“The ambulance drone can get a defibrillator to a patient within a 12 square kilometre (4.6 square miles) zone within a minute, reducing the chance of survival from 8 percent to 80 percent.” he added. 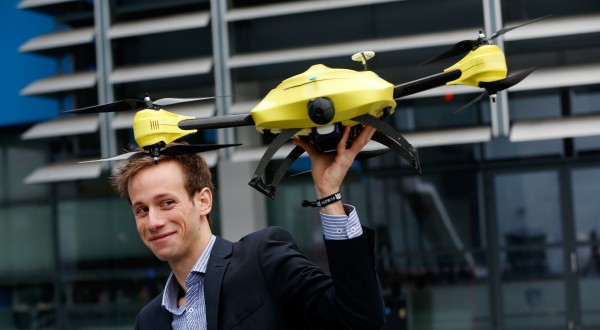 Once an emergency mobile call is received, it will use its GPS to navigate and its on-board camera that is connected to a control room via a livestream webcam, to allow a paramedic to watch, talk and instruct the person assisting the victim.

So far, the drone’s steering mechanism is being worked on, but Momont hopes to further develop the device into a ‘flying medical toolbox’, equipped with other medical assisting devices such as an oxygen mask to help a person trapped in a fire, and an insulin injection to help a diabetes sufferer. Already, services from Amsterdam and the Dutch Heart Foundation has applauded the invention’s concept.

‘I hope it will save hundreds of lives in the next five years,’ Momont said.