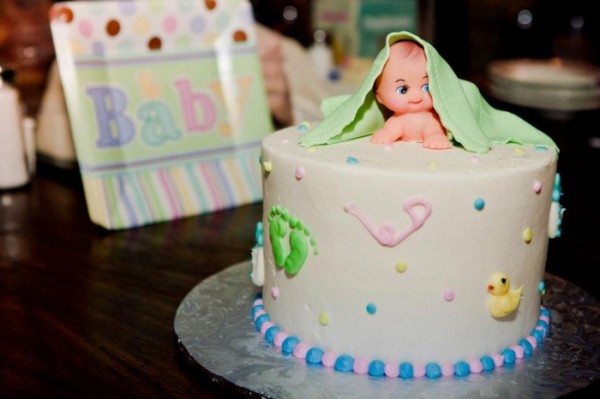 Gender reveal parties are great ways to share finding out the gender of a soon-to-be born baby. Some people however dismiss this idea as they share that they don’t have the discipline and patience to wait to hear if they will be having a girl or a boy. This couple however had the patience and decided that they were going to throw a gender reveal party. Little did they know that it was going to turn out to be a pretty confusing night.

The family requested a sealed envelope which revealed their baby’s gender from their doctor to give to their local bakery. They planned to gather their family and friends at their home to reveal the gender of the baby by cutting into a cake that would be pink inside if it is a girl or blue if it is a boy, depending on what gender was sent in the sealed letter by the doctor.

The Bell couple, Natalie and Ben, says that when their family and friends gathered for the gender revealing bash in March, they cut the cake and were thrilled to announce that the gender of their soon-coming baby is a female, according to the colour of the cake.  Everyone jumped for joy and celebrated hugging and exchanging their happy thoughts of the couple expecting a girl.

It was moments later when Natalie decided that she would love to share the news with loved ones that were unable to attend the family event on Facebook, using an image of the card that their doctor gave them with the gender. When they opened the envelope, they found that their was a “little” problem. The card from the doctor revealed that the baby is a boy! They also called the bakery to determine if their card also revealed “boy”, and they found that the bakery made the mistake of making the cake pink instead of blue.

Check out the video of the moment when they cut the cake and when they found out that there was a mistake.