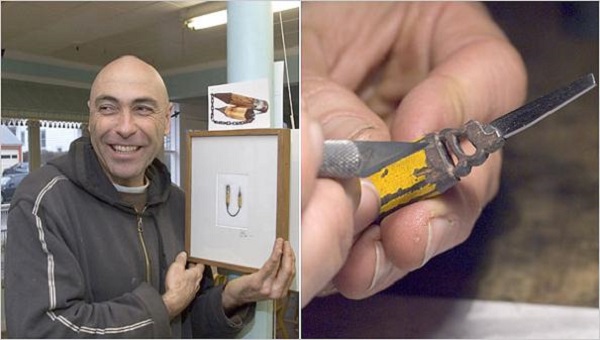 Usually artists use pencils to create beautiful art pieces, but this one originating from Brazil creates stunning mini sculptures by carving into them. 49-year-old Dalton Ghetti says that he has been sculpting for over 25 years, without the aid of a magnifying glass. 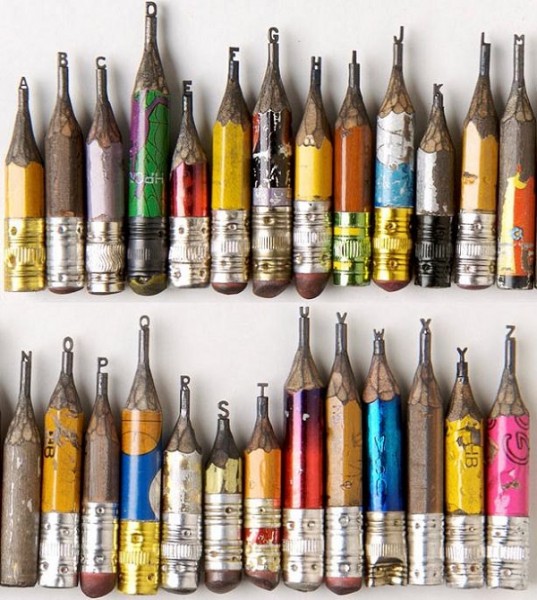 Mr. Ghetti who works as a carpenter says, “At school I would carve a friend’s name into the wood of a pencil and then give it to them as a present. Later, when I got into sculpture, I would make these huge pieces from things like wood, but decided I wanted to challenge myself by trying to make things as small as possible.”

“I experimented sculpting with different materials, such as chalk, but one day I had an eureka moment and decided to carve into the graphite of a pencil,” he added.

The sculpting artist uses three basic tools to make his creations – a razor blade, a sewing needle and a sculpting knife. 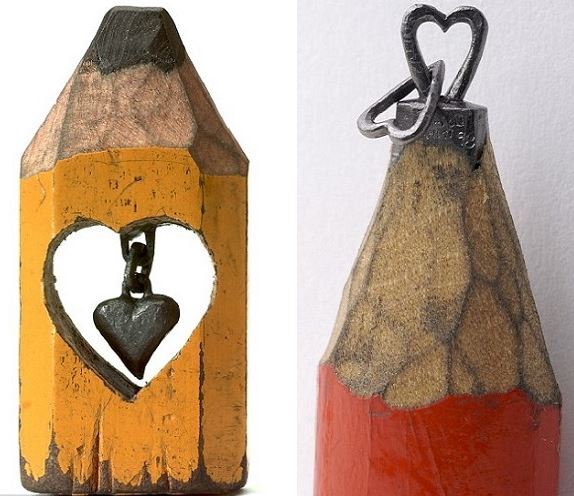 “I’m quite old fashioned, I hold the piece myself when I’m working on it and if it’s sunny I’ll work outside. It’s hard to explain but for me it’s like a sort of meditation. I’m alone with no music on in my studio and in a deep state of concentration, it’s like another mind state I float about in. I use the sewing needle to make holes or dig into the graphite. I scratch and create lines and turn the graphite around slowly in my hand.’

When asked what was the longest time he has ever spend on one piece, Mr. Ghetti replied two and a half years, on a pencil with interlocking chains.

“The interlinking chains took the most effort and I was really pleased with it because it’s so intricate people think it must be two pencils.”

Other pieces created by Mr. Ghetti includes Elvis, the entire alphabet, a spoon, a saw and even an entire church which stands 10mm tall. 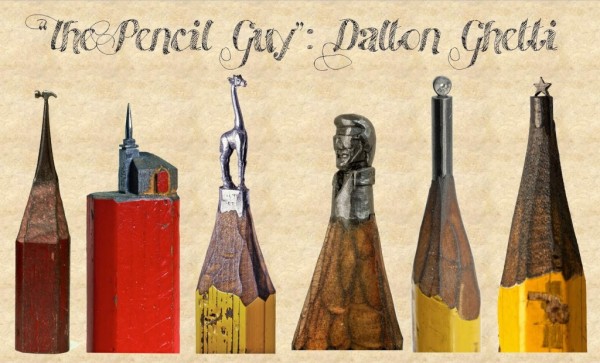 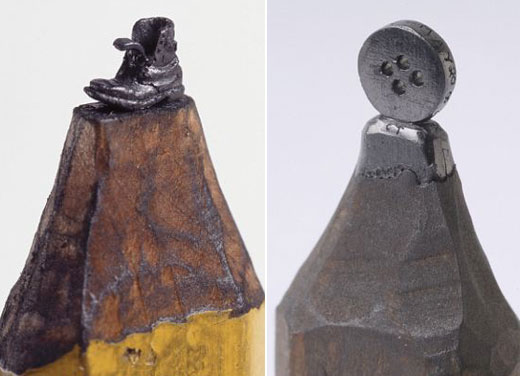