A charity in the Indian City of Udaipar said it was called to the rescue after a stray dog fell into a pool of hot tar. The molten substance had solidified around the animal upon contact leaving it immobile. The tar had leaked from a container revealed Claire Abrams, co-founder of Animal Aid Unlimited. “The tar… became hard like a rock and he couldn’t move,” she said. 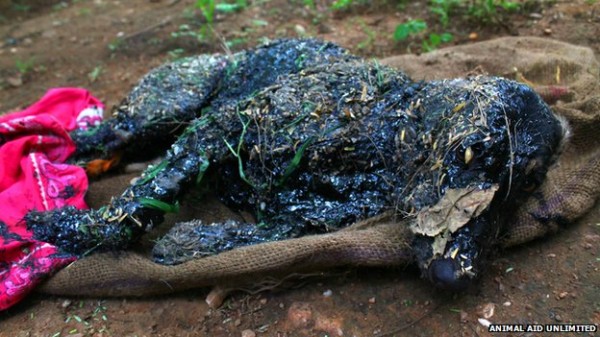 The dog had been rescued in late August, but the charity were reluctant to release details before the animal had recovered to a suitable degree.  Animal Aid Unlimited, a non-governmental organization provided their services following a call from a distressed employee who works at a warehouse close to the scene of the accident. 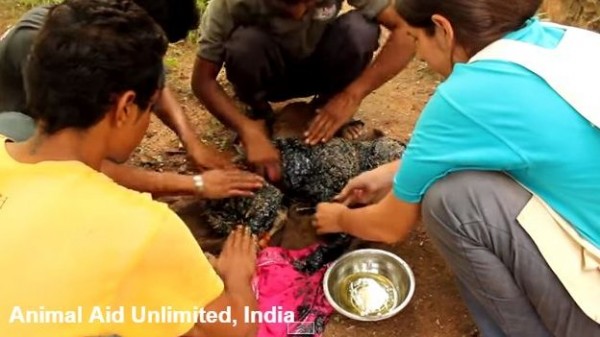 “We sent an ambulance and our rescuers managed to pull him out and bring him to our shelter,” Ms Abrams said.  According to Ms. Abrams his entire body was enshrouded in a thick layer of tar. “We could see his eyes darting back and forth in a panic, but otherwise he couldn’t move a muscle,” she said. Four volunteers from the organization massaged the dog with vegetable oil which removed 90% of the tar after two hours. “we were able to bathe him”, Ms Abrams said. 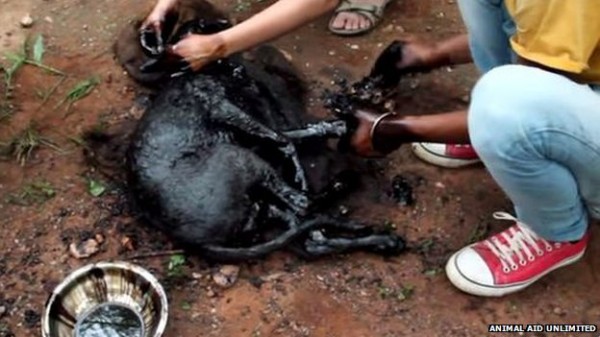 The volunteers took a break after showering the dog as the animal was seemingly traumatized. The dog received continuous oiling and shower sessions over a period of five days which resulted in all the tar being removed. “We were waiting for him to completely recover before going public with his story,” Ms Abrams said. “We have now released him back into the community,” she added.