A jaw-dropping optical illusion constructed in London’s market place has created a “floating” building within the vicinity. To passer-bys and onlookers the building appears as if it is floating above them rather than being held together by a solid foundation.  In reality the design is an architectural wizardry which took months to develop. 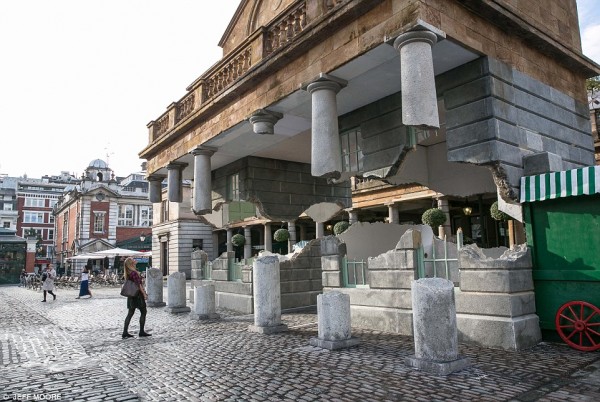 The installation, dubbed “Take my Lightning but Don’t steal my Thunder” was created by the artist Alex Chinneck, who is famous for optical illusions. The 184-year old market appears as if it has been torn off and  is levitating with a large gap between broken stone walls, pillars and doors. 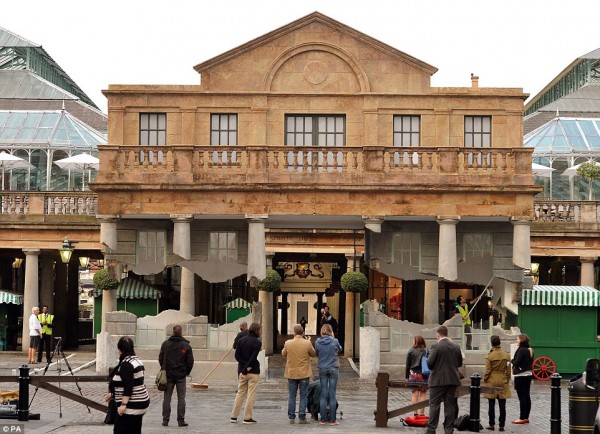 The 12-metre structure was made using steel frames and expanded polystyrene called filcor.  It took approximately 500 hours to paint the entire canvas using special techniques that allow it to blend in with the existing architecture in the area. The illusion of it floating is created by using heavy counterweight strong enough to support the top half of the structure as it hangs over the bottom half. A steel beam is hidden inside the green market stall to the side of the building and is attached to a steel platform and a 12-metre cantilever.

“You can’t tell the difference between the fake and the real thing, to touch it, to see it. But it’s hovering. It’s extraordinarily complicated. As long as as many people enjoy it as possible, that’s my aim. It’s a logistical minefield that you have to navigate to get to a fun conclusion. I didn’t get into art for that, but that’s what I do.” said Chinneck. Take my Lightning but Don’t Steal my Thunder will be on display in Covent Garden East Piazza, London until October 24.