When an octopus needs to make an escape, it propels itself through the water at speeds topping 25mph (4okm/h). Inspired by those swift movements, researchers from Greece have created a robotic version of the eight tentacles creature. Decked with webbed arms and a streamlined head, the robotic octopus travels at half it’s 14 inch body every second. 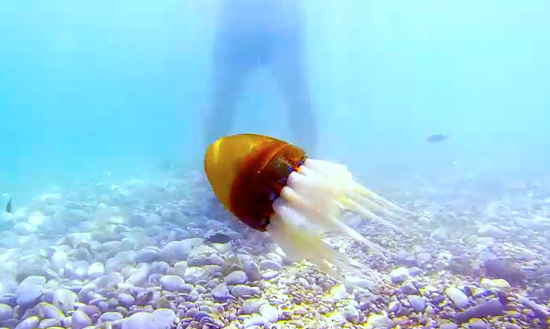 Early experiments saw the use of thinner silicon arms, but the team has since added “webs” between those arms to increase speed. The eight-tentacled robot was presented at the IEEE International Conference on Intelligent Robots and Systems. The research was led by Dimitris Tsakiris, a finalist for two best paper awards at the conference in Chicago, United States earlier this month.

Results from his team’s test shows that the robot can swim up to 3.9 inches per second when fitted with silicon arms only. An addition of webs between those arms increases it’s speed to half it’s body length (7 inches per second). Aside from the robot’s efficiency, the ratio of the energy exerted compared to the resulting speed is improved with webs.

Researchers have claimed that the robotic octopus’s efficiency makes it ideal for monitor the aquatic ecosystem discreetly.  “The eight-arm robot is inspired by the morphology and outstanding locomotor capabilities of the octopus,” explained the researchers in their paper. “Underwater experiments demonstrate a novel mode of underwater propulsion by combining various patterns of sculling movements of the arms and web, and the efficiency of the swimmer, especially with the addition of the web, in terms of the attained velocities, the generated propulsive forces and the cost of transport.” The paper is titled ‘Multi-arm Robotic Swimming With Octopus-Inspired Compliant Web’. 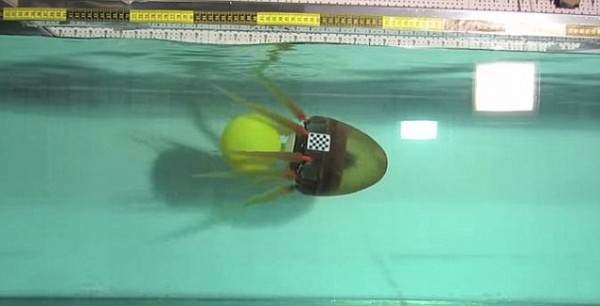