Dog owners and experts will tell you that dogs live in the moment. Those moments have been good for several years now for a therapy dog named Susie but this weekend it has gone up a whole new level. Decorated pearls and purple tutu, Susie received a standing ovation Saturday night at a black-tie gala in Beverley Hills, where she was named American Humane Association’s 2014 American Hero Dog. Susie was one of eight finalists for the distinction. 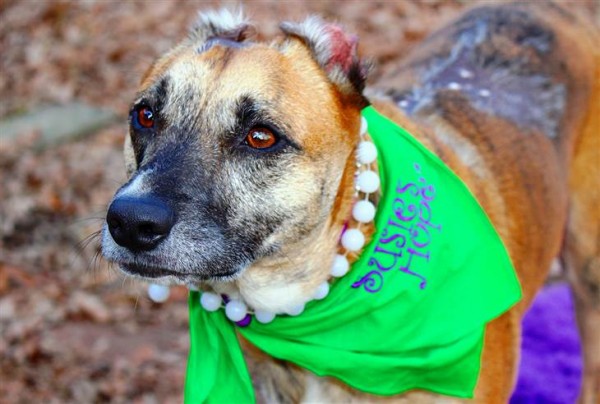 “I’m just blown away!” Donna Lawrence told TODAY.com after learning that her dog had won. “There were so many amazing dogs with great stories. When they called Susie, I just wanted to cry.” Susie’s walk to glory down the red carpet is even more remarkable considering how her life began. In 2009, the pit-bull mixed puppy licked the face of her owner’s child. In a devastating reaction the owner acted violently and swiftly beating the puppy and setting her on fire. The puppy’s body when recovered had third degree burns and the ear was burnt off. 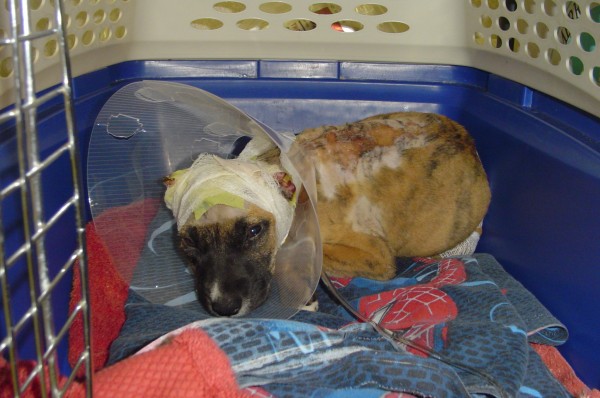 Caregivers helped Susie through her painful recovery and Lawrence adopted her a move that surprised many considering her own personal experience just 10 months earlier. In 2008, Lawrence was attacked by a neglected pit-bull that spent most of its life tied to a tree in her neighbour’s yard in High Point, North Carolina.

“It snuck up behind me and grabbed me by the ankle and went into a full attack,” recalled Lawrence, 47. “He lunged at my throat, but I had grabbed my collar so when he grabbed on, he bit my hand.” Lawrence managed to escape and ran to a nearby neighbour’s house. She was rushed to the hospital where she was treated for severe lacerations and doctors shared the news that plummeted her into  a deep depression.

“I had miscarried, and I had lost my ability to have kids because of the attack,” Lawrence said. “They told me I had a zero percent chance.” She said the experience left her very fearful of dogs. “If Susie hadn’t come into my life, I don’t know that I ever would have gotten over the fear,” Lawrence said. “I was drawn to her spirit — her love and affection for people when she should hate them, you know? She was living in the moment, not living in the past, happy … I thought, ‘If this puppy can forgive humans, I can forgive dogs.’” 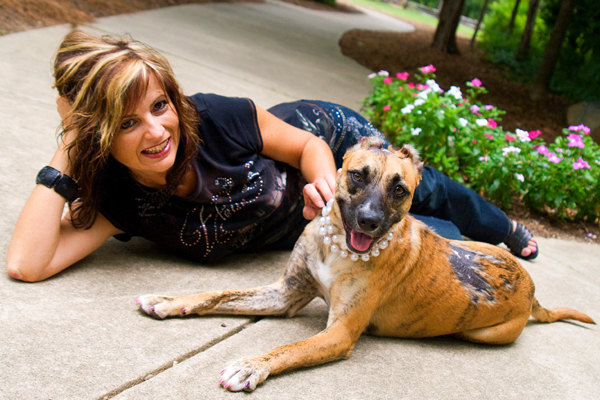 In the months following her adoption, Susie became a therapy dog to help other people who survived traumatic events. Together, Lawrence and Susie have helped fought for stronger anti-cruelty laws in North Carolina. . In 2010, they stood by as Gov. Bev Perdue signed Susie’s Law into effect, with Susie’s paw print appearing beside the governor’s signature.