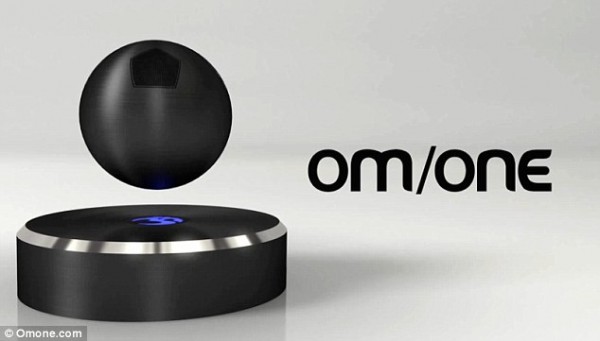 The dream to have futuristic things such as flying cars and hover boards may seem distant but before Christmas you could be listening to music through a levitating speaker. An Oakland, California based company has created a device that is able to hover above its base and play music at the same time. The tennis ball sized ‘orb’ called Om/One measures 3.6 inches (9cm) in diameter and has a base measuring 6.3 inches (16cm) long and 1.6 inches (4cm) tall. 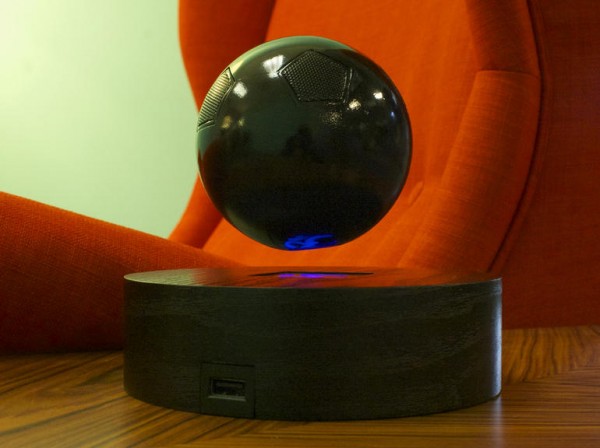 The team behind the OM/ONE Speaker explains that the design of the device improves its quality.

“Instead of wasting amplification energy pushing sound waves into a desk, bookshelf, or table, all of the OM/ONE’s amplification energy is directed to the speaker driver to create a full, crisp and clear sound.” the firm wrote on its website. “This enables OM/ONE to deliver audio performance far beyond its size.” 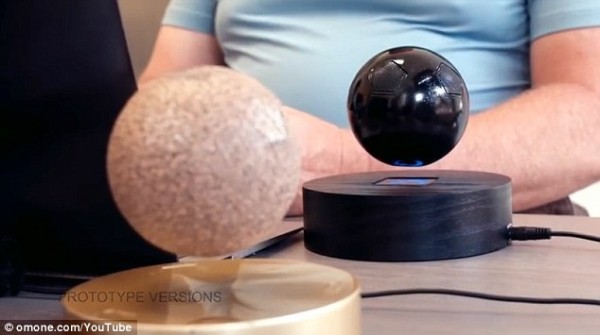 The portable device is able to offer 15 hours of playback time and generates 100 decibels with a 3 watt amplifier. It also includes a built-in-microphone speaker that allows conference calling and can be used with Macs, PCs, and tablets.

The OM/ONE orb is available to pre-order on the firm’s website in the colors: jet black, glacier white and disco ball. The white and black versions will carry a price tag of $179 (£107 plus shipping) and the disco ball version at $299 (£179). U.S. customers are expected to receive their speakers before Christmas, while international customers should receive theirs in January.