There are many ways to perform daredevil stunts. Some involve obstacles others allow animals to play a role in all the drama which unfolds. Scuba Diver Cristina Zenato felt obliged to give us one of those moments when she opted to visit the very depths of an aquarium tank, wearing only a chain linked suit for protection while feeding sharks. 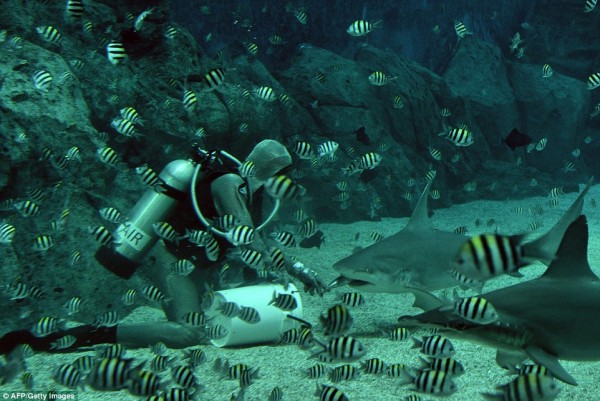 The renowned conservationist was photographed serving fish from a bucket for lunch to some of the 100 sandbar and hammerhead sharks resident at the SEA Aquarium located in Singapore. The air tank on her back was the only companion she had while tempting the sharks with food, some of which eventually swam away with fishes clamped between their teeth. 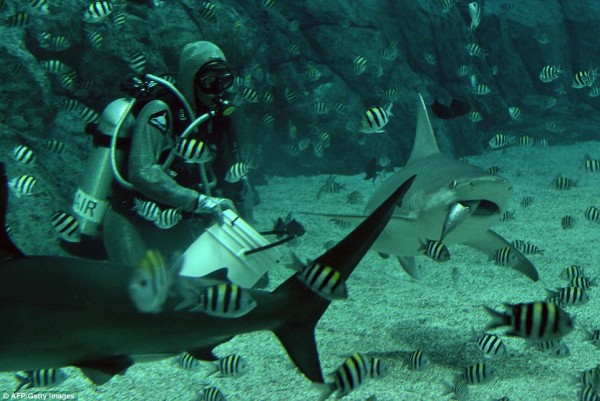 Surrounded by sergeant major fish, a shark swims away with its fish lunch after being fed by Ms Zenato

The Italian diver has been working with sharks for approximately two decades, but sill wears a chain mail suit as a means of protection in the event one of the creatures may be tempted to take a bite. Zenato took part in the feeding stunt to promote awareness  of the ‘I’m FINished With FINS’campaign that aims to dispel the negative perception that sharks are man-eating monsters. 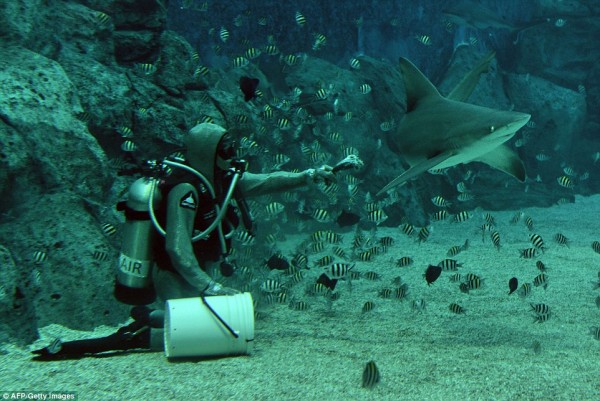