Michael Sulsona is a Vietnam veteran, who was waiting for a new wheelchair form the U.S. Department of Veteran’s Affairs (VA). According to him, they have continuously denied his requests until it came to a point that the wheelchair he was using broke down, while he was doing some shopping at Lowe’s.

Read this excerpt below and see how your faith in humanity can be restored in Michael Sulsona’s own words:

“In 1971, I stepped on a land mine in Vietnam and lost both legs above the knee.

For the past two years, I have been waiting to receive a new wheelchair from the Veterans Administration. In addition, I have been told that I am not entitled to a spare wheelchair.

On the evening of July 7, my wheelchair fell apart again, while shopping at Lowe’s Home Improvement Center in on Forest Avenue in Mariners Harbor.

Three employees, David, Marcus and Souleyman jumped to my assistance immediately. They placed me in another chair while they went to work.

They took the wheelchair apart and replaced the broken parts and told me, “We’re going to make this chair like new.”

I left 45 minutes after closing hours in my wheelchair that was like new.

I kept thanking them and all they could say was, “It was our honor.”

The actions of these three employees at Lowe’s showed me there are some who still believe in stepping to the plate.

They didn’t ask any questions, didn’t feel the need to fill out any forms or make phone calls. Someone needed help and they felt privileged to be given the opportunity.“ 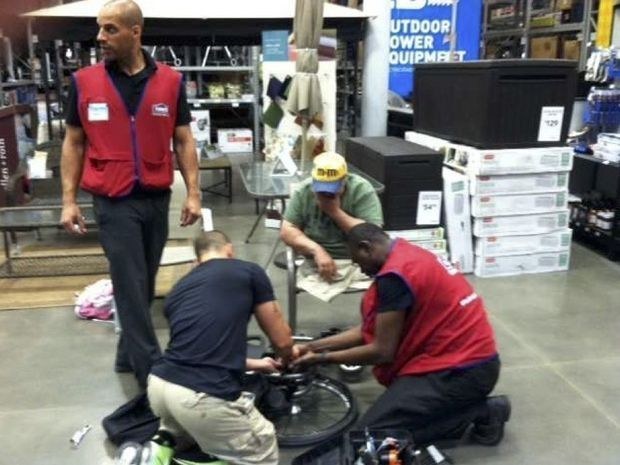 Here is a picture of Michael thanking the good Samaritans at Lowe’s, who helped in fixing his wheelchair. And just an update, the VA has also sent him a new wheelchair as well. 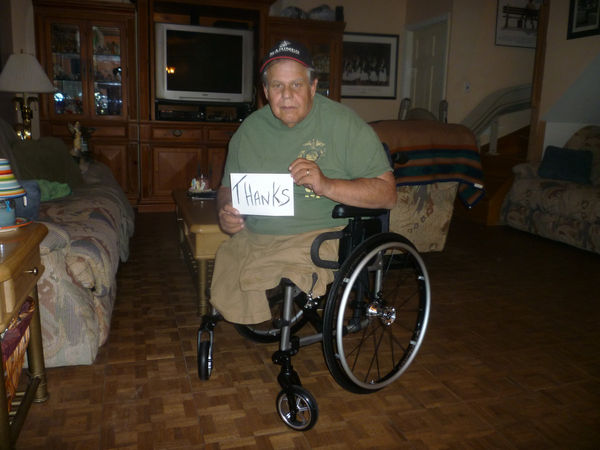