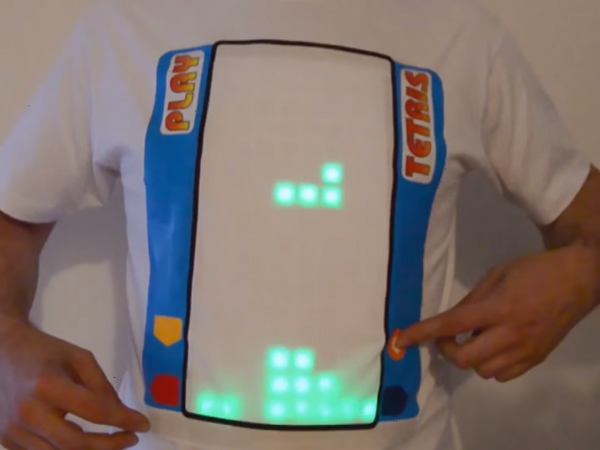 Tetris is a game that has endured for decades defying the advancements in computer graphics and processor speeds to gain new players every year. This past June 6 marked the 30th anniversary of Tetris, and to celebrate the occasion game fanatic Marc Kerger applied his programming and hardware skills towards creating the ultimate tribute of a playable Tetris t-shirt. 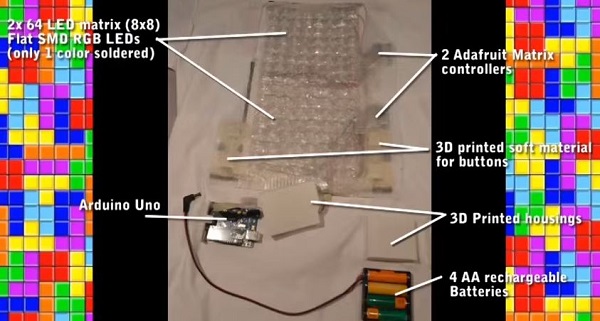 The Luxembourg resident created the t-shirt game using an Arduino Uno microcontroller board, 3D printed housing and a soft material for the buttons, two Adafruit Matrix controllers and 128 LED lights, which was inspired by an earlier hack of a pumpkin (fruit) on Instructables. The game requires four rechargeable AA batteries to be powered.

Kerger also designed a t-shirt to house the hardware components, in which corresponds with the hidden hardware controls. A video showing how the unique Tetris t-shirt game is operated was also uploaded on Kerger’s Youtube channel.

“I always wanted a playable t-shirt, well now I made one myself,” Kerger said on the video’s page.

As he finishes a level of the game, the shirts screen displays the level number and the score as an arcade gaming machine would. There were no detailed instructions as to how you can make your own t-shirt Tetris game, but if you are interested in giving it a try you can start by checking out the same Instructables project that Kerger based his design on here.