Imagine a new kind of material that illuminates a highway and eliminates the need for streetlights. Recently, Dutch designer Daan Roosegaarde and civil engineer firm Heijmans created such interactive highways by installing the world’s first glow-in-the-dark roads in the Netherlands. The stretch of highway N329 in the town of Oss are lined with paint treated with “photo-luminizing” powder that charges up in the daytime and emits a green glow for up to 8 hours at nights. “The government is shutting down streetlights at night to save money,” Roosegaarde said in an interview with the BBC. “This road is about safety and envisaging a more self-sustainable and more interactive world.” 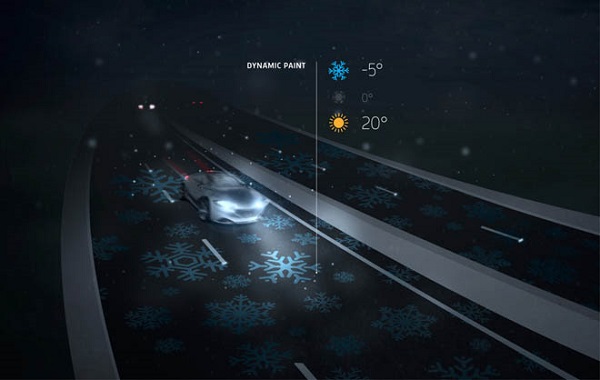 The “Smart Highway” project originally included glowing weather symbols, such as snowflakes, that would light up at certain temperatures, but the first stretch of roadway for trial only including the illuminating of hash marks and edge lines. According to Heijman’s website, the new technology can replace street lights and is “a sustainable alternative to places where no conventional lighting is present.” 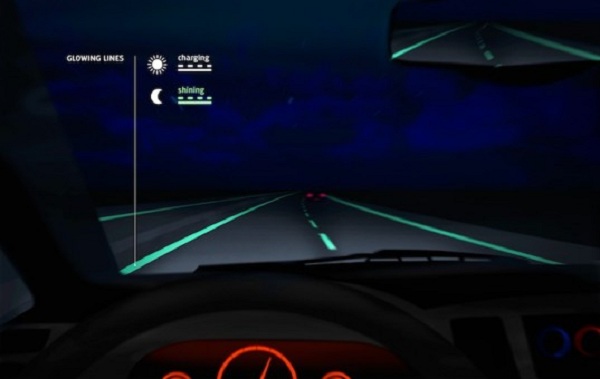 Some transportation officials are watching the trial in the Netherlands and have already raised concerns about the technology’s durability in certain circumstances. Factors such as the distance in which the road markings can be seen, the visibility during daytime and the effects of weather conditions such as snow and rain on the paint, will be considered. “The cost [of glow-in-the-dark technology] is usually relatively high in comparison to cenventional markings,” spokesperson for the ministry of transportation in Ontario, Canada, Ajay Woozageer told Global News. “The durability of this product is unknown. For example, does the product perform on short winter days and long nights or under overcast and cloudy conditions?” Woozageer added however that the ministry of transportation is interested in pursuing the concept. 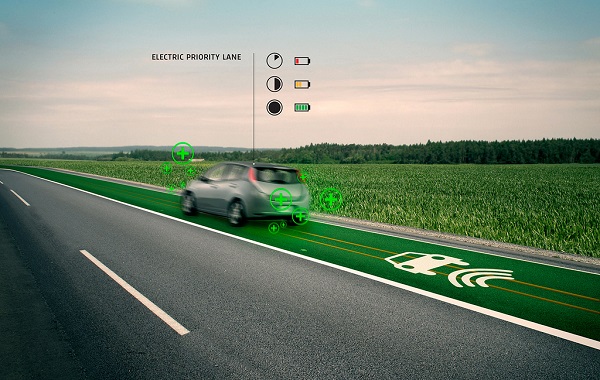 The new technology was awarded best future concept in 2012. Roosegaarde also plans on developing the roads with images of snowflakes to let people know conditions are slippery and panels that are able to wirelessly charge electric cars as they travel along the road. The firm plans to use the insights gained from the month-long trial to introduce an update to Glowing Lines 2.0, which is expected to roll out this summer.