Have you ever been in a situation where your phone was buried in your purse or bag and you missed many important calls because you didn’t hear it ringing? Then this smart “ring” might help solve your conundrum. Ringly, which is also a stylish piece of jewellery, can light up and vibrate whenever you are receiving a message, call, or notification from an app such as Facebook. 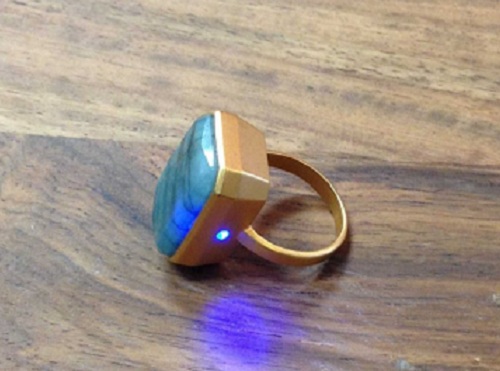 The Ringly model made with an emerald stone.

“I continued to miss calls and texts from my friends and family because my phone was in my purse, and I hated leaving it on the table during social outings.” Ringly founder Christina Mercando told Fatsco.”I just kept looking at my rings and thinking, ‘I’ve got to be able to put technology in here that will let me solve the problem.” 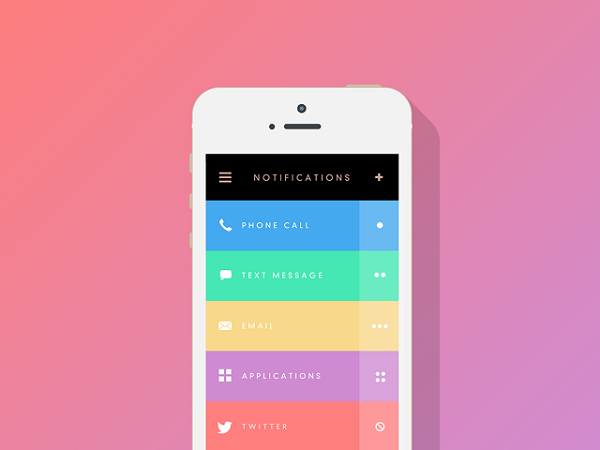 The gadget is operated through a dedicated app created for Android or iPhone smartphones and is connected via Bluetooth Low Energy. The app allows users to customize the number of vibrations, patterns, and light colours for each caller or notification. If you wander too far from your phone, Ringly will also send an alert.

The glamorous wearable is made of 18K matte gold and is available in several varieties such as black onyx, rainbow moonstone, pink sapphire and emerald. Customers can also purchase a ring box that serves as both a storage container and charging device. According to the company, the wearable will last approximately three days on a single charge.

“Our goal is to create products that are both stylish and useful, that women will be proud to wear,” Mercando added. “We believe that the future of wearables is in building discreet technology that integrates seamlessly into your life and makes your day-to-day easier.” 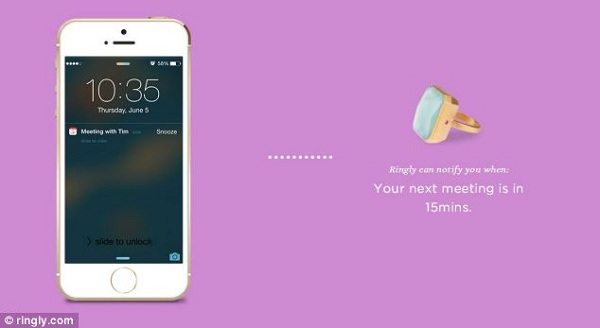 Ringly is currently available for pre-order for early supporters at a cost of $145 (25% off retail price $195), however shipping will not begin until this Fall.