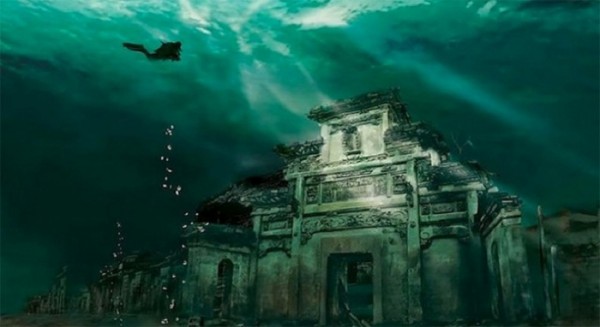 The Quiandao Lake located in the providence of Zhejiang, China may be known for its exotic islands and clear waters, but what lies beneath it is even more amazing. An entire city that was built more than 1,000 years ago called the Lion City is completely cover by the lake and sits at a depths ranging from 85 feet to about 131 feet. 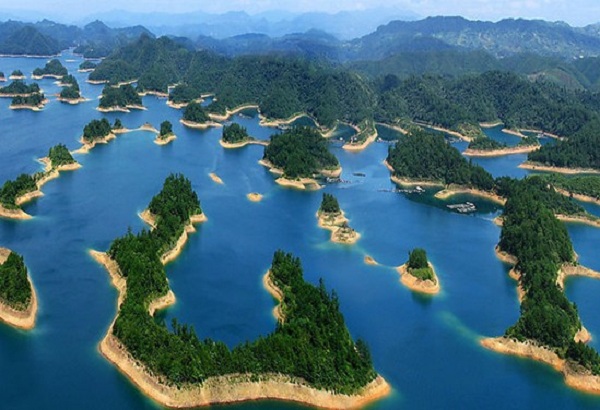 The Quiandao Lake located in the province of Zhejiang, China.

In the year of 1959, Lion City was flooded on the commands of the Chinese government when they decided that they needed to build a new hydroelectric power station. A dam was built to create a man-made lake that stretches for more than 573 square kilometres, and the city was left at the bottom of the new body of water. The flooded city which is also known as Shi Cheng now serves as a popular tourist attraction. 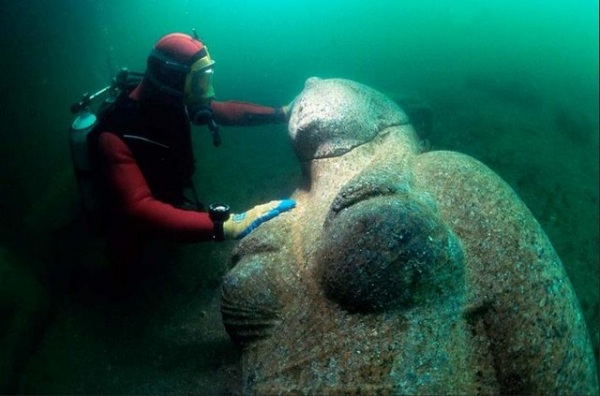 In 2001, a local official in charge of tourism named Qui Feng asked a Beijing-based scuba diving club to explore the lake that stretches for more than 573 square kilometres and they stumbled upon the city that stood undisturbed and hidden from the surface of the water.

“We were lucky. As soon as we dived into the lake, we found the outside wall of the town and even picked up a brick.” Qui told Guangzhou Daily in an interview. 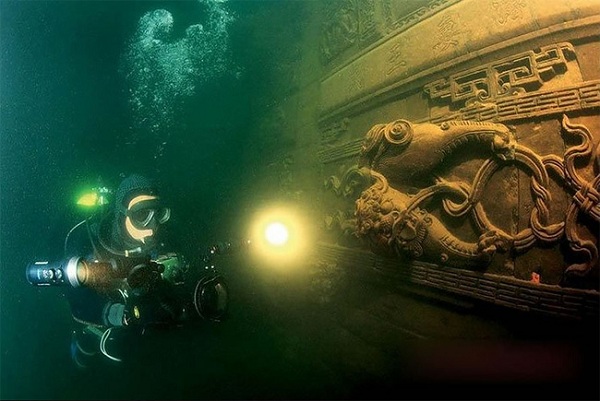 The remains of the city including stone carvings and guardian lions has provided many scientists and archaeologists with facts regarding the life in ancient China. 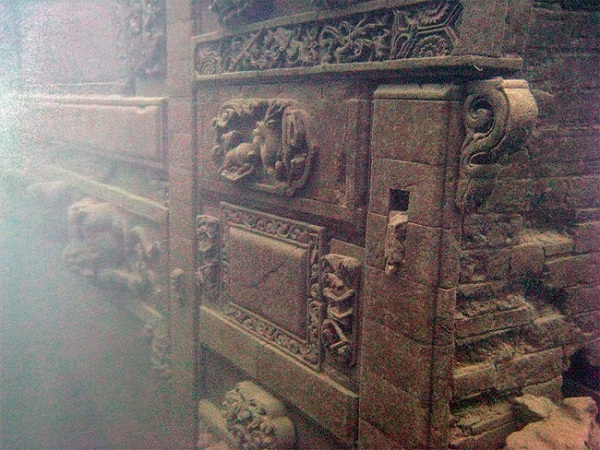 Since the discover of the city, there has been an inundation of tourists and dive operators such as Big Blue in Shanghai have been organizing trips to provide an usual opportunity to explore the streets of the flooded city throughout the year. Experts have also designed a special submarine to provide tours of the city, but is restricted from usage due to local laws and concerns over damaging the city’s artefacts. 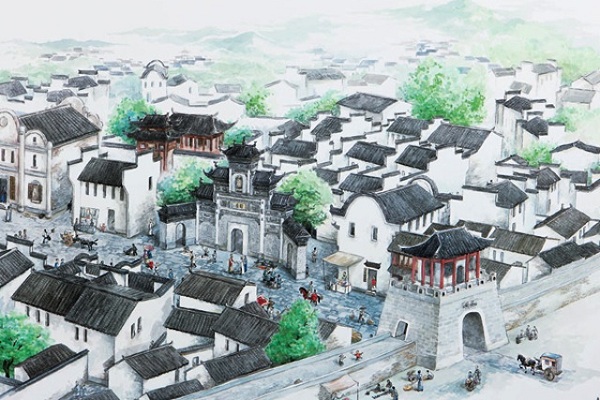 A drawing of Lion City before it was buried underneath the Quiandao Lake.

When the city was  flooded to create the hydroelectric plant, a total of 27 towns, 1,377 villages, and almost 50,000 acres of farmland were taken with it. After being sunken 53 years ago, Shi Cheng remains inconspicuously submerged in the waters of the Quiandao Lake.