Sometimes losing your phone in theft is less painful than losing your life time contacts.  Well today we have a similar situation occurred to Zou Bin, a barman from Changsha, capital of the Hunan province, China.  Zou was returning home from his best friend’s bachelor party when the theft occurred.

The unlucky man discovered next morning that his phone was missing; it contained more than 1,000 work linked contacts that he could not afford to lose. So he sent aggressive messages to his own number from a friend’s phone. The text was “You can be sure that I will find you. Just have a look through my contacts and you will see who I am. If you are clever, you will send the mobile back to the following address…”

Four days later, he received a package at his front door. It contained a handwritten list of Zou’s all contacts. The thief, whoever he or she is, has become a hero of sorts in the Chinese media. Internet users are calling him ‘the conscience of the robbery industry’. He’s even being compared to model citizen Lei Feng. 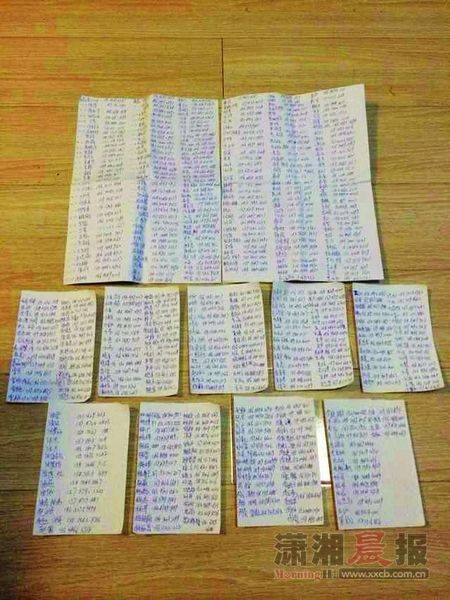