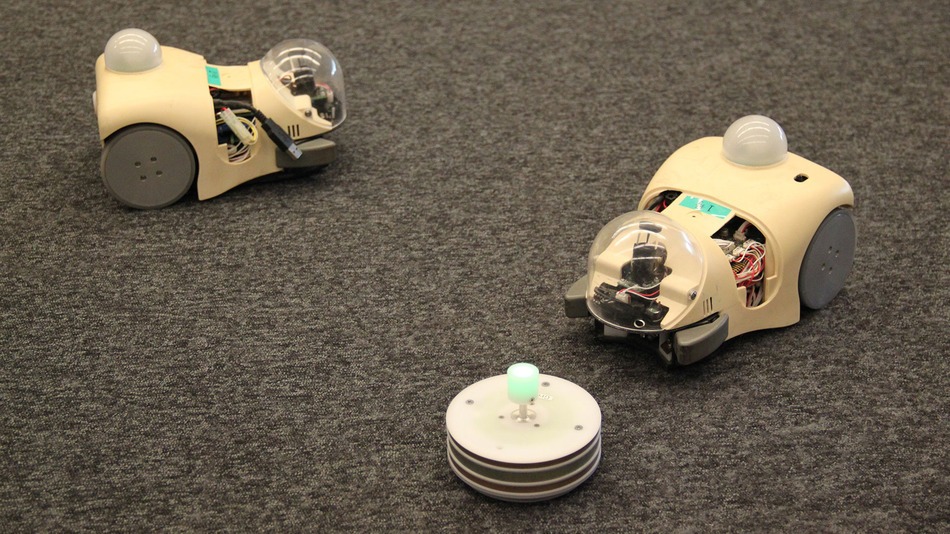 There is a scientist from Okinawa Institute of Science and Technology, called Dr. Stefan Elfwing that was able to determine some evolutionary patterns for thousands of coming generations, in just a matter of days.

In the article that he published in PLOS One Journal he described the ways for scientist to collect information that was not available before regarding evolution.

Elfwing used a small army of robots that he programmed to search for batteries in the nearest vicinity and also they were programmed with the need to search for a mate. This was evident that there would be no offsprings, but their need for mating would allow the scientist to study their mating habits.

Having one camera, the robot could locate a mate. The actual mating process that involved in reality the transmission of genes, was held through an infrared light that was glowing when the robot found a partner that was suitable. Also, for recharging, they were equipped with some electrodes to connect to the batteries available.

The conclusion of the study was that food and sex can get the robots to be very tired, and they find a mate if they have enough energy to search for it. After conducting more than 70 experiments, the scientist concluded that the robots were turning into some kind of ‘trackers’ or robots that were looking only for mates. This was about 75% of them, while the rest were looking for batteries mostly and only mated occasionally.

These patterns are very similar to those that are found in the wild, and this means that the study conducted by Dr. Elfwing is proving to be very valid when studying wild animals. This makes him think that it will help him determine some stages unknown of the evolution.

Having only hermaphrodite roles in the first phase of the experiment, Dr. Elfwing wants to see next if the robots can take roles as active males and females, and if they take different risks while reproducing.