DHL managed to outsmart and trick their top competitors into advertising for them.

Thanks to the use of thermal-activated ink, companies such as UPS and TNT initially thought that they were merely delivering big black boxes to certain recipients. The catch? These boxes just became black because it was chilled at sub-zero temperatures during the pick-up. But after warming up inside the delivery van, the black ink receded and the text “DHL is faster.” unraveled in big, bold letters. Another catch was that the addresses that DHL gave were quite hard to find, which resulted in these huge boxes being dragged around for everyone to see. 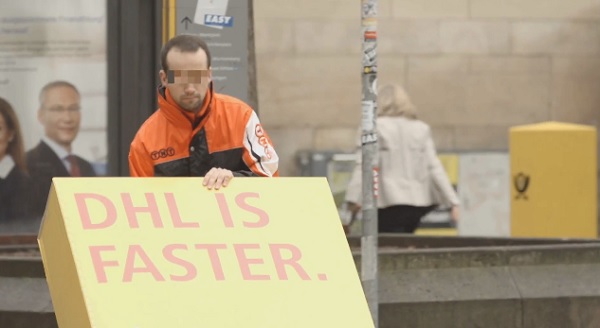