Commuting is one of life’s most widely-loathed necessities, but chances are you’ve got it relatively easy on that score. Why? Take a look. 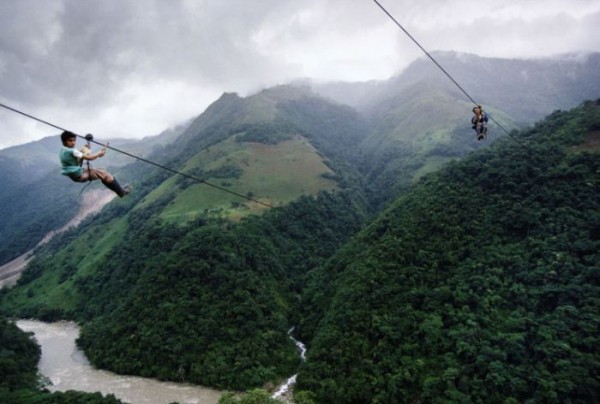 The remote Colombian village of Los Pinos lies just 40 miles away from the country’s capital of Bogotá. Why call it remote, then? Well, Los Pinos lies on the other side of the Rio Negro (“Black River”), which roars its way through a 1,200 foot deep ravine. For more than two centuries, the only way across has been by steel-cable ziplines (originally made from hemp) which speed their passengers to the other side at more than 40 MPH. It’s even used by children to get to school on a daily basis; those too young to make the trip safely themselves are carried along in sacks by an older sibling.6. Yungas Road, Bolivia

Also known as Grove’s Road, Coroico Road, Road of Fate or simply Death Road, this thirty five mile stretch of Bolivian highway is estimated to kill between two and three hundred travelers a year, and has been widely named as the “World’s Most Dangerous Road”. With cliffs of up to 1,800 feet and a complete lack of guardrails, it winds its way through varied terrain from the town of Coroico to La Paz. A width that in most places only allows for the passage of one vehicle and seasonal rains that turn the whole thing to mud every year add to its lethality.

5. Ice Roads of the Arctic 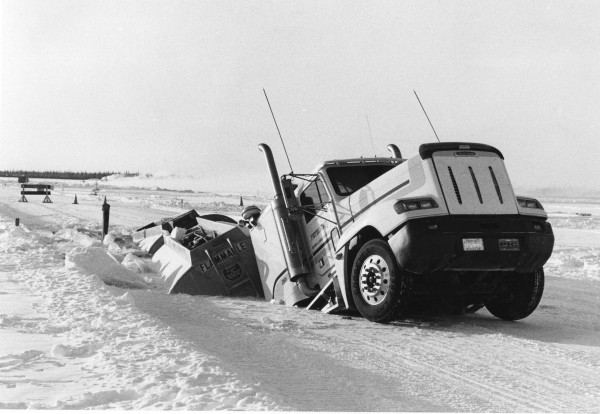 The northern reaches of Canada and Alaska are home to incredible amounts of mineral wealth, such as immense oil fields, billion-dollar diamond mines, and other sources of natural bounty. Getting that bounty out, and getting supplies in, however, is no mean feat for such remote locations. Truckers are forced to make a mad dash across miles and miles of frozen lakes, facing the possibility of breaking ice, extreme cold, and simple fatigue on the way. 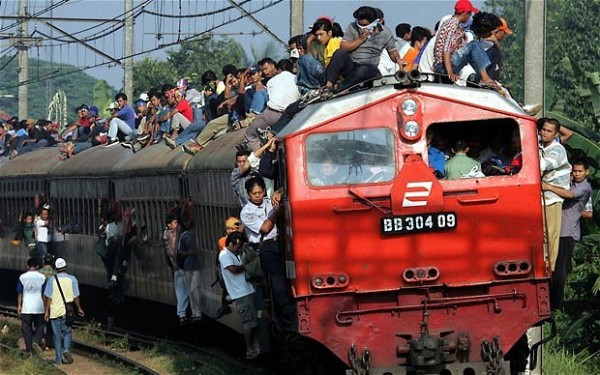 We’re not talking about people sitting comfortably inside a train car, or even standing holding a strap when things get too crowded. The trains of Jakarta, Indonesia have become so overflowing with passengers that whole mobs of people elect to sit on the roofs instead. Efforts by the Indonesian government to halt the practice have so far been in vain.