Unlike Google’s much more free-for-all Android Market, Apple is infamous for being highly picky about the apps it will approve for its iOS devices. However, as this list will show, plenty of strangeness still finds its way into the App Store.
8. iFart Mobile 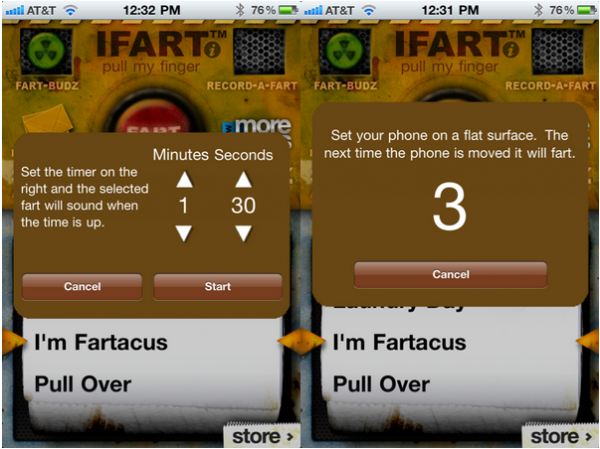 Of course this app exists. And while it’s every bit as puerile in its content as you might expect, it’s surprisingly feature-rich, with a large selection of possible sounds, the ability to record your own, and a slew of social media options allowing you to lose friends and alienate people. No wonder it bills itself “The Premier Fart Application for iTunes.”
7. Hold On 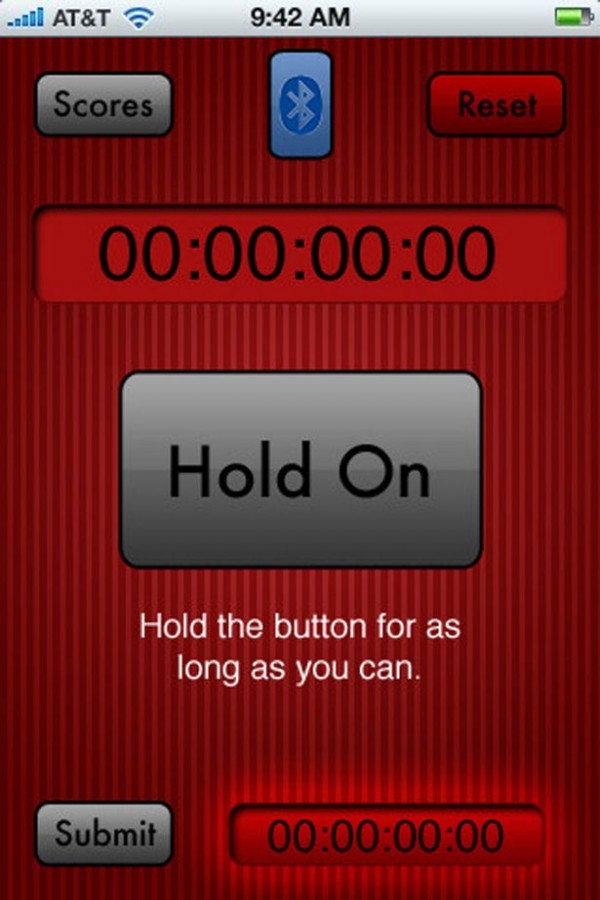 How long can you keep your finger pressed against a glass screen? Now you can find out! This little chunk of Introduction to Programming project times how long you can hold a button down, then lets you submit your extremely impressive accomplishment to…sorry, stopped caring.
6. I Am a Man 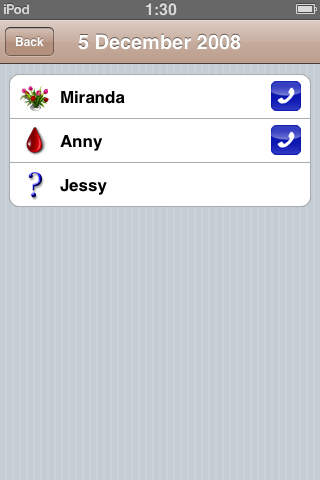 While there plenty of apps on the market aimed at helping women manage and predict their menstrual cycles and fertility periods, this seems to be the only meant for the male market. Its most notable feature is probably the ability to enter multiple women to track, associate each with a specific password, and show only that individual in the app if the user is forced to enter it. Charming.5. Ghost Radar Classic 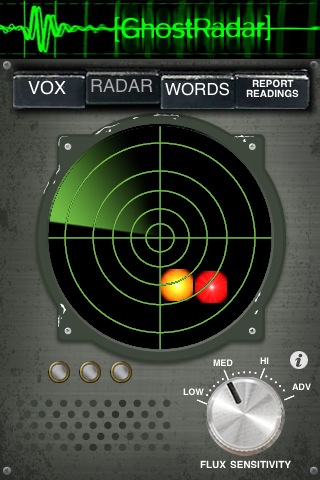 Ever envied the teams of “Ghost Hunters” who go round with camera crews and random collections of electronics claiming to be locating the deceased? Well, now you can get your own random and meaningless readings! This app claims to use the “various sensors” found on your mobile device to detect paranormal activity. With millions of downloads, it should perhaps make you scream in frustration at the state of science education rather than in terror. 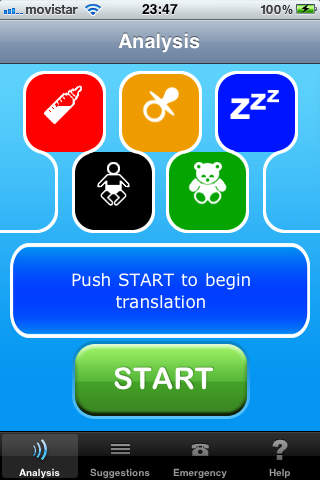 While the last app may have claimed to be able to help you interpret burblings from the beyond, this one ostensibly can interpret the cries of infants with “96% effectiveness”, what ever exactly that statistic is meant to mean. Supposedly, just 10 seconds of crying are enough to get a diagnosis based on “clinical research conducted in a pediatric hospital”, a not-at-all-vague claim that was almost certainly not invented by the developer’s marketing department during a coffee break. 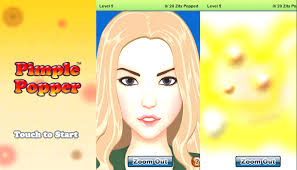 This one is basically exactly what you would expect, trading on one of humanity’s more viscerally compulsive impulses for some pretty astonishing success, with downloads in the millions. Probably not dermatologist-approved. 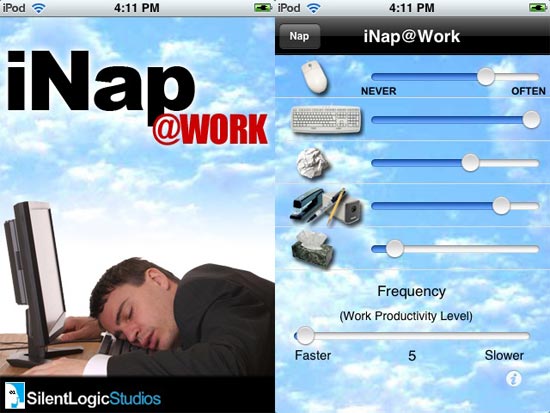 While the installation of any one of these apps would probably raise an employer’s eyebrows, especially on a company phone, this is the only one that might actually manage to constitute grounds for dismissal all on its own. The app itself is essential just a noise machine, helping your cubicle to emanate various totally-awake, work-related noises while you catch up on sleep after your Pimple Popper binge the night before. Sadly, it doesn’t appear to have a sound-cancelling feature for snoring. 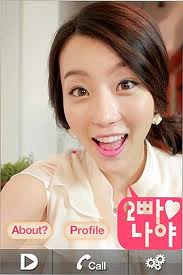 This South Korean girlfriend simulator was probably an inevitability and almost certainly not the first of its kind, especially as AI technology advances and digital assistants like Apple’s Siri and Google Now become more ubiquitous. It offers lonely Korean speakers four daily affectionate video calls recorded by a South Korean model, picking them out of a pool one hundred different messages.