Two California couples, Jim and Mary Lambert and Bob and Di Nelson crafted a 300-pound rhinoceros that now resides in one of the couple’s garage. The mammal was recreated using plastic foam, plywood and 12000 wine corks – but it looks as terrifying as a real rhino.

The idea for the art piece came up when Lambert’s wife, Mary, asked him to take up a new hobby instead of passing his time in fishing, woodworking or water coloring. Lambert thought of the thousands of wine corks he had been collecting for the past 20 years. At first he considered building a giraffe but due to its extremely tall structure he started on making a rhino instead. Lambert’s only artistic training is an art class he took back in college; the rest is pure skill and fortitude. It was three years in the making, but the large one-horned mammal came to metaphorical life. 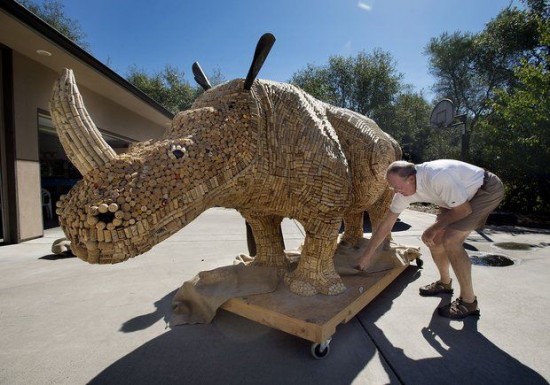 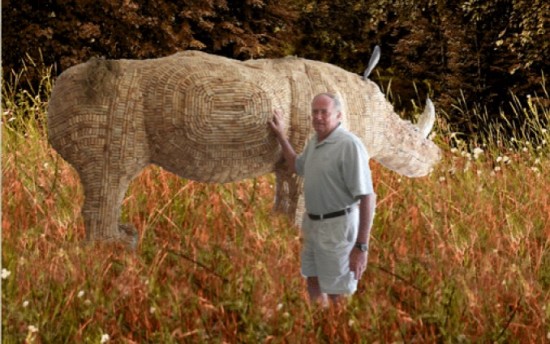