It may very well be the case that in the future we will all move to space. Many of us still see it as a dream, though there are people who have lived this dream thanks to space exploration missions. These people have had to adopt to a very different way of life. Here are top 10 challenges of living in space. 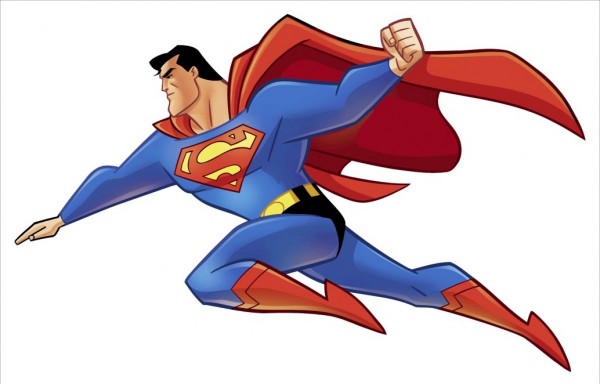 These changes are the effect of the lack gravity in space. Human spines begin to straighten out and one can very well expect the height to increase by 2.25”. The internal organs also move up in the torso resulting in a decrease in the waistline (a few inches). The leg muscles, already pumping blood upwards, now do so at a faster rate resulting in an increase in mass in the upper body. NASA has a funny term for this phenomenon; ‘chicken legs’. A human would, basically, turn into cartoon super characters with stick like legs, a very small wait while a large upper body. Facial features also change giving you a swollen look. 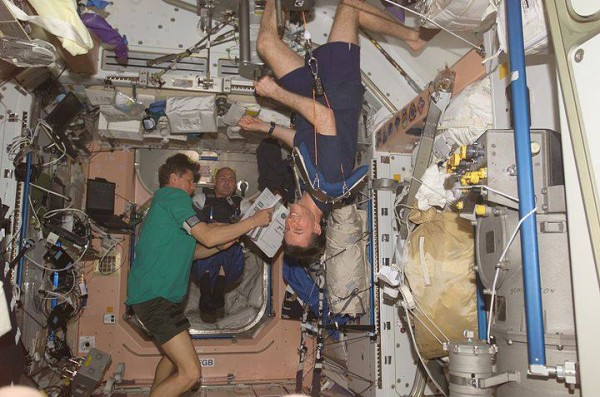 What happens when you sit in a ride that is moving too fast than what you’re accustomed to? Yup, motion sickness. So imagine what will happen when your body goes to space where there is no gravity; Space Adaptation Syndrome. This is the name given to the sickness which usually persists for 2-3 days and renders the human in space quite sick while his body and mind adapt to the zero gravity environment. Symptoms vary from nausea and mild discomfort to crazy vomiting and hallucinations. Medicines are avoided so that the body would cope with it naturally. 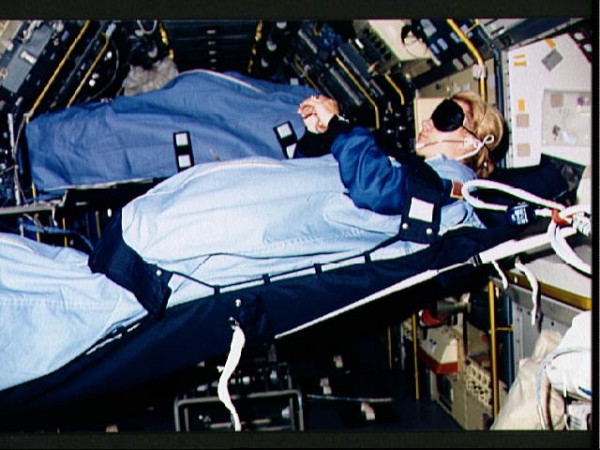 Sleeping in an environment that has zero gravity can be quite a problem. Those who want sleep in a shuttle have to strap themselves to the bed so as to not float away and since a space shuttle has only four bunks, a mission with larger crew has astronauts sleeping in sleeping bags pinned to the wall or a chair. Things do get a little better once you’re at the space station but again there is so much noise that it takes some time to adjust to it and sleep with ease. The space stations usually experiences 90 minutes day-night intervals and this may cause disruption in sleeping patterns. However, sleeping in gravity less environment is much generally more peaceful. 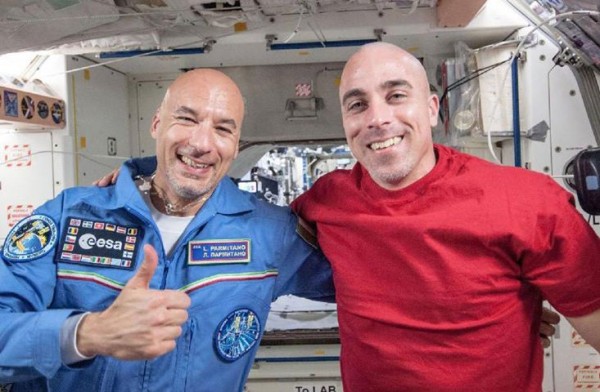 This one can be a bit of a problem. The astronauts obviously can’t take a shower so what do they do? You need to be extremely careful about your personal hygiene since a mere hair allowed to float may either clog up the machinery or hurt your fellow astronaut’s eye. Each astronaut gets their own personal hygiene kit which consists of shampoo, sponge, shaving kit and toothbrush etc. The shampoo is a special rinse free shampoo and they use sponges to clean their bodies. Brushing your teeth and shaving are performed in the conventional manner but with the utmost care, like we mentioned; you do not want even a single strand of hair going loose. 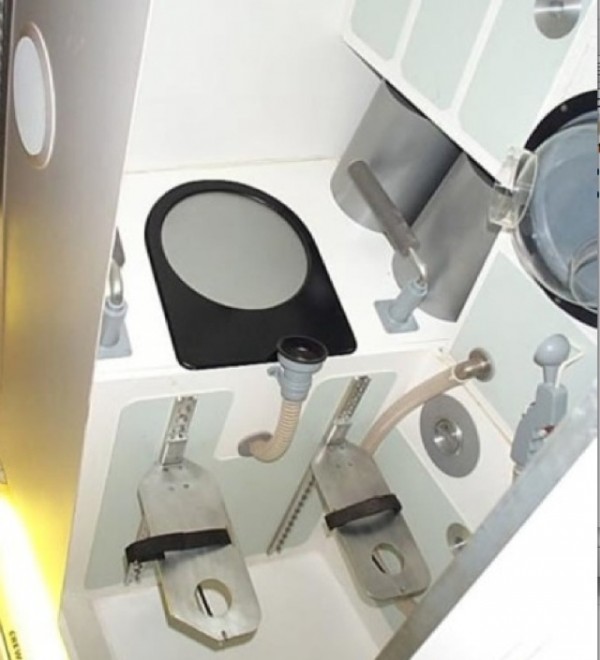 This one thing had the space-agencies work their butt off, so to speak. The very first toilets in space had a rather basic air mechanism where the air sucked away the waste into a container. The next in line were the relief tubes as used in movie Apollo 13. Nowadays the toilets in space are quite sophisticated and advanced to the level where they can recycle the urine back to drinkable water. During training of astronauts they use a device known as positional trainer. The training toilet has a camera just beneath its rim and the user can see their own naked self from behind and have to adjust their position accordingly. Some astronauts have termed it as ‘deepest, darkest secrets about space flight’. 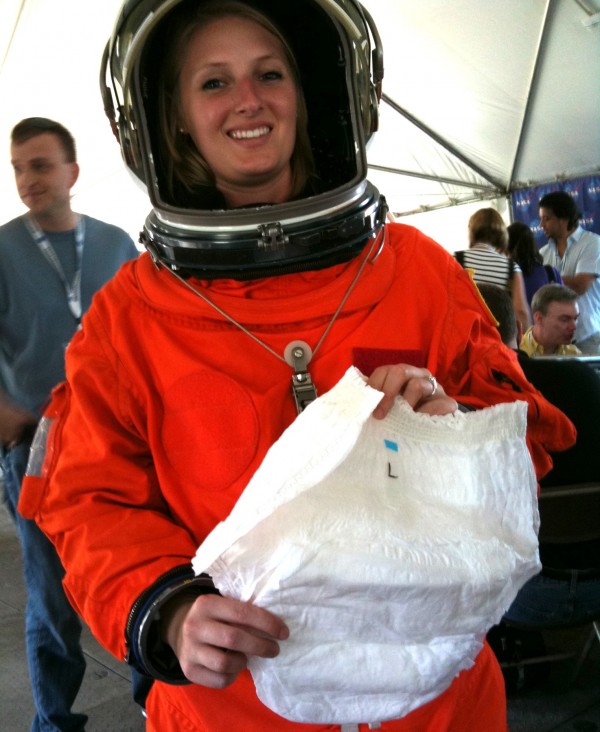 The most important piece of clothing in space is of course the space suit. They come in various sizes, colors and shapes. There are many different types available ranging from Yuri Gagarin’s primitive SK-1 overall to NASA’s AX-5 hardshell. The average space suit weighs about 270 pounds on earth and it takes about 45 minutes to put it on and even in these 45 minutes astronauts make use of the special Lower Torso Assembly Donning Handles for the putting up the lower parts of the suit. Since the clothing in space does not get dirty and one sweats very little the space crew usually changes clothes once every three days. NASA has also been working to integrate the toilet system into the suit and when that did not seem feasible it came up with the ‘Maximum Absorbency Garment’ which can act as an emergency bathroom capable of holding up one quart of liquid. 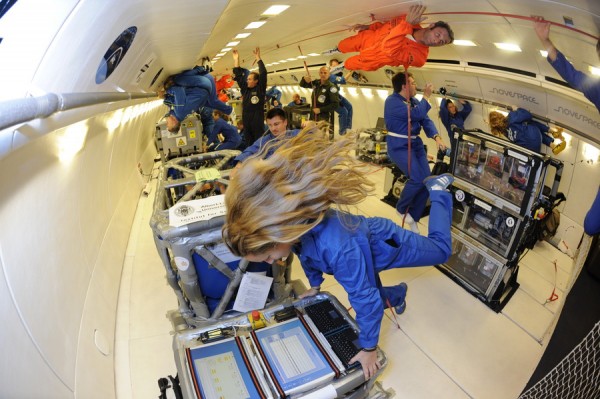 While we have already mentioned that the space environment renders one physique like that of Superman but in reality you do not get any stronger rather it’s the exact opposite and one gets weaker. The muscles, since they no longer need to work against gravity, tend to get weaker and in result the bones get weaker too. To tackle this particular problem the astronauts have to exercise a lot. In fact, the International space Station crew is required to work out in a special space gym for almost 2.5 hours every day.

Passing wind in a enclosed space with other members around is not just unpleasant but it was also considered a major hazard for quite some time in space. The flatulence produces hydrogen and methane, both of which are highly flammable. This poses a threat. In the past, food supplied to astronauts was found to be causing serious gas issues (they fixed that one in a hurry we imagine). 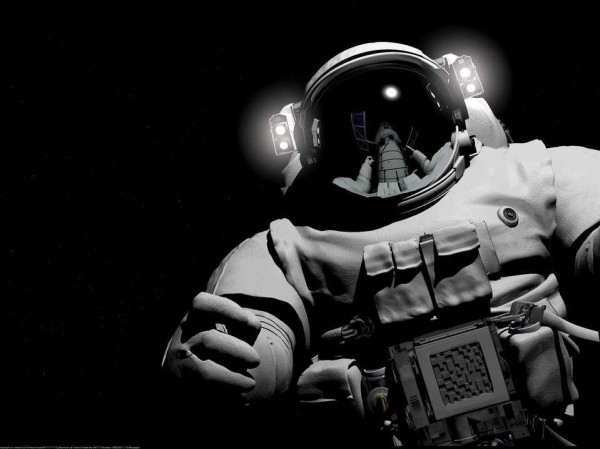 The astronauts go through rigorous training which is not limited to physical training and a large part of it is dedicated to the psychological training to cope with the pressure that they’ll be facing in space. This helps them in keeping their brains under check and not going mad. However, as of now we do not have any effective means of protection from the cosmic radiation that is constantly there. Earth’s atmosphere protects the inhabitants of Earth from it but once you’re out in space there is almost zero protection and prolonged exposure to cosmic radiation can mess with your brain resulting in irreparable damages to the human brain. 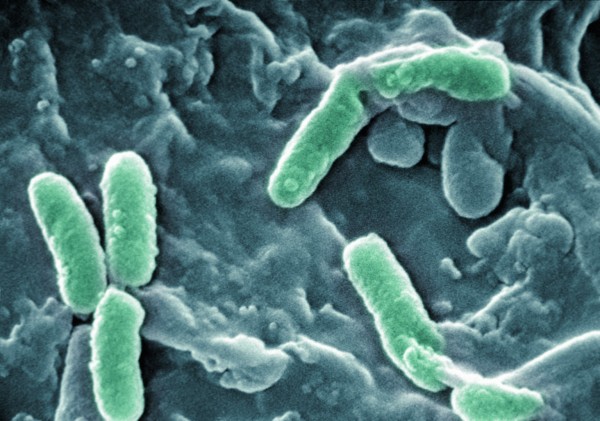 This one seems to be right out of a science fiction movie. In simple terms; molds, bacteria and microbes are bad here on Earth but in Space they are really bad. No matter how much they try to disinfect the shuttle before launch, these things always find a way to make the trip with the astronauts. Large growths of these can even damage equipment and result in health hazards. Once in space these entities can turn into a nightmare where at times they develop to the point where they can degrade stainless steel and pose as a serious threat for the crew and even the space stations.