At first glance, the Water Bridge in Magdeburg, Germany, seems nothing special; just another canal bridge. But look again and it’s a water bridge across water, forming a water intersection that is the biggest water crossing in Europe! It has a span of 106 metres 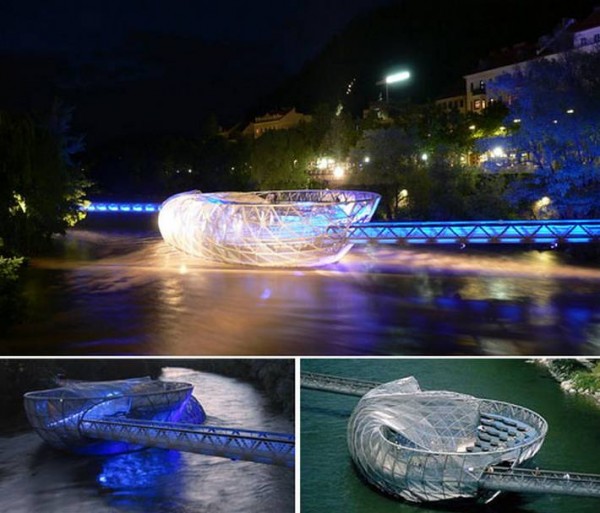 Conceived by Vito Acconci, this ‘isle’ includes a sun-bathing region, a fashionable bar and a coffee home. In addition, it permits you to cross the Mur River in Graz, Austria. 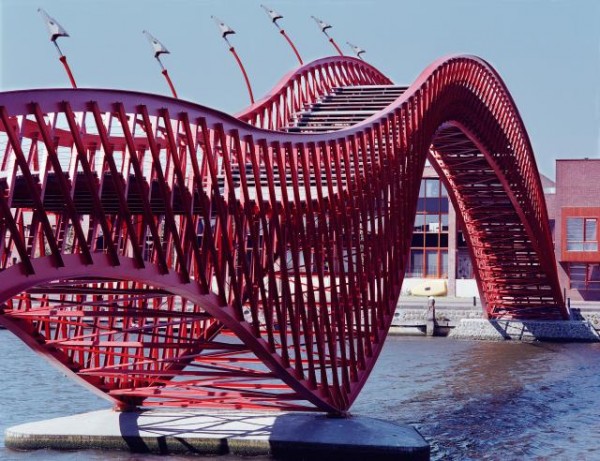 This red bridge gets the name “Python” from its shape. Built in 2001, the bridge’s aluminum sea-gulls add decoration to Amsterdam. 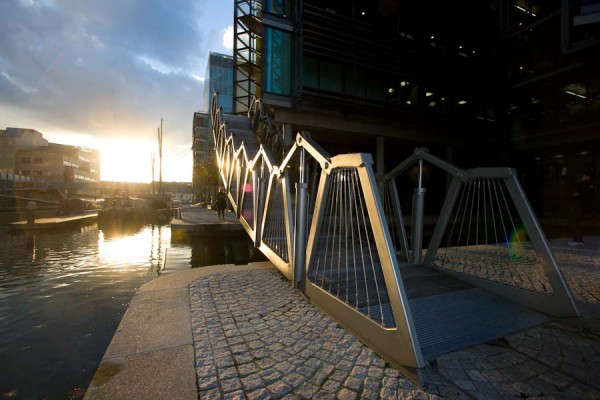 Conceived by British designer Thomas Heatherwick, this bridge is the only moveable bridge on the list. Eight triangular sections are hinged together and connected above by two part links that can be rolled up towards the deck by concealed hydraulic pistons. When extended, it is 12 meters long and resembles a conventional steel and timber foot bridge. However, to allow the passage of boats, the bridge curls up until its two ends join.