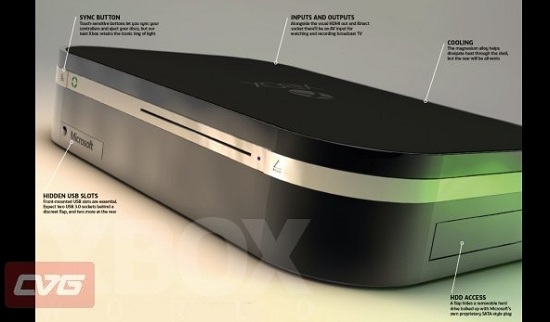 The next generation Xbox is presumably set to debut at next year’s E3. Some features of Xbox have been unveiled by ‘Xbox World magazine‘. According to them the new gaming machine will have a quad-core processor along with 8 Gb of RAM. Beyond these specs, the new Xbox will ship with Kinect 2.0 and augmented reality capability. According to the news, the augmented reality will be driven by a pair of glasses (might be Google glasses!?) Moreover Blu-ray support is supposedly a lock as well. So far these are the top new features of upcoming Xbox.

Previously Microsoft made a huge amount of sales over Xbox 360. So far the new Xbox is promising a lot of fun with a whole new dimension of gaming. Lets just wait and watch how Microsoft comes up with their new gaming machine in next year’s E3