Yes that’s right: a restaurant where every thing is made of cardboard, except your food. Sounds strange? Well, Huang Fang-liang is the man behind this all and the restaurant named ‘Carton Restaurant’ is located inside Carton King Creativity Park, Taichung City, Taiwan. 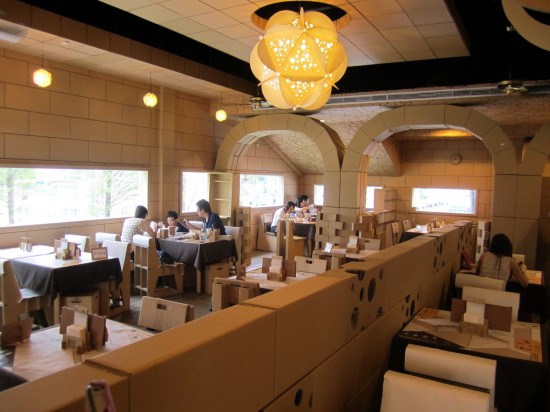 Huang Fang-liang is an expert in cardboard manufacturing and recycling. He had a strong belief that cardboard is not just limited to making boxes, he wanted to use cardboard in place of plastic and wood. Although, at the beginning, many people laughed at the idea, but his belief was strong and bold. When he started working on his Carton King Cardboard restaurant, where everything was made entirely of cardboard, it looked pretty impossible, but Liang’s determination did it, and a unique creation was realized. The Carton King Restaurant has everything made of cardboard; the chairs, tables, bowls, glasses and walls, every thing is made out of pure cardboard. When things get damaged, they are  simply recycled and used again. According to the visitors, the quality of food is just average and it is slightly overpriced. The special environment explains the overpricing part and as for the average food, well, the unique environment should make up for that until Liang manages to up the quality.

Initially, the customers were afraid to sit on the carton chairs, fearing they would break. To satisfy them, Xue Sheng-yi, deputy general manager of Chin Tang Paperware, brought out their chef, who weighs more than 100 kilograms, to sit on a chair. Then one of the waiters sits on his lap. Well, no more doubts then. 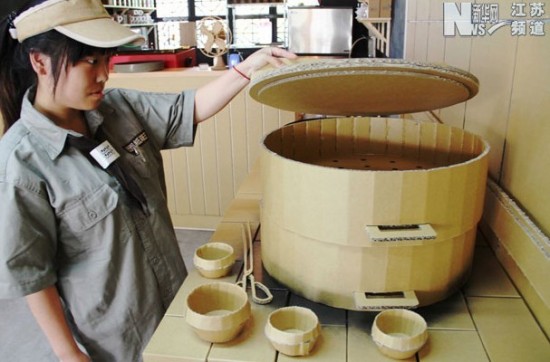 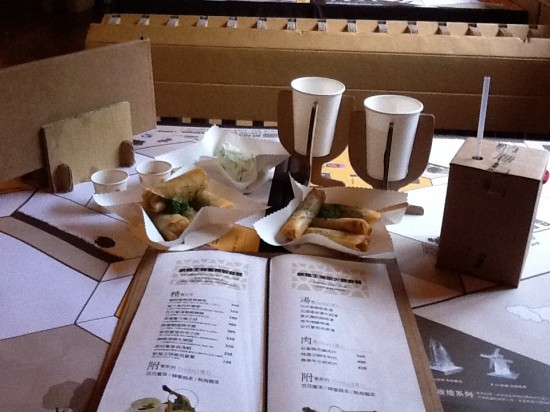 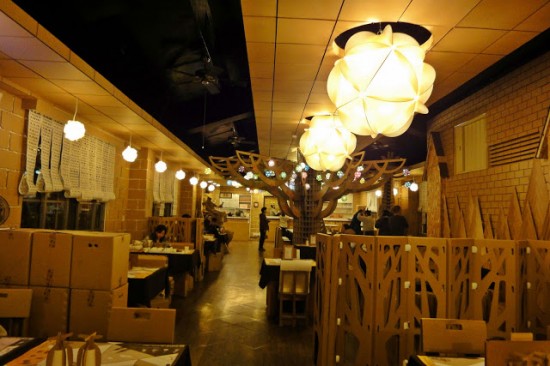