In Mac a new application has been introduced naming Prototypes which lets the user to create functional iOS application prototypes. This app also helps in sharing the newly developed application with other people and the best part is that no coding is required.

The procedure for making and publishing an app in prototype is very simple.

Following are the basic steps for providing you basic guidance and enjoy making new applications for iOS devices:

These touch-responsive prototypes will run directly from Safari on an iPhone, iPod touch, or iPad, making it very easy to test a functional iOS interface. You can get this application from the Mac App Store for $30 and use it for bringing your ideas to life.

Now coming towards the publishing aspect after doing the basic development

That’s it and enjoy! 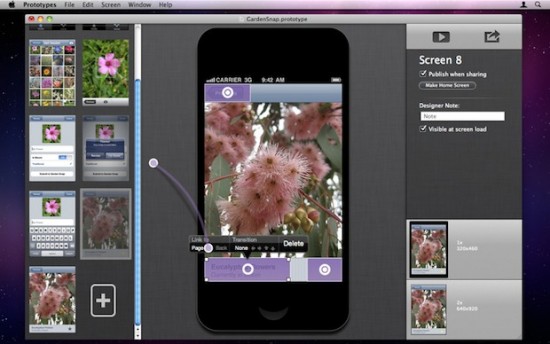