Some very intriguing pictures have been captured by a Shanghai correspondent, Min, of the people lining up outside the Shanghai Apple Store to get their hands on iPhone 4 even after the launch of iPhone 4S. 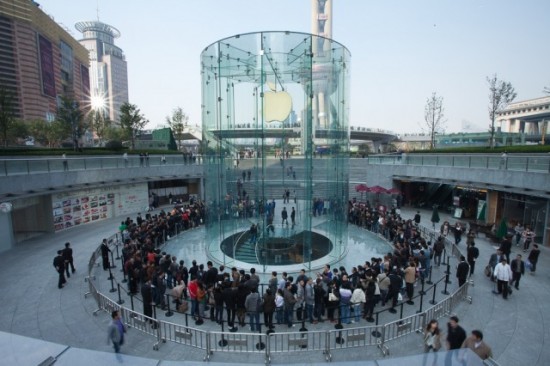 What’s going to surprise you even more is that as per Min, most of these folks are iPhone scalpers, striving for making a quick profit on the hot-selling device. Why this conclusion has been reached is the fact that these people were buying many iPhone 4s at the same time. Min said:

” I went to the Apple Store again for a time lapse project. Guess what?! People were lining up for the iPhone 4 8GB version here in Shanghai while people in HongKong were lining up for iPhone 4S! That’s very interesting thing if you think about it. I talked to one of the scalpers. He said he hires people to get in line for him. He pays them 100RMB per iPhone. (each person can get 5) The iPhone 4 8GB version is unlocked, and sells for 3988RMB, about $635. ”