The following rating of nuclear weapons is done on the basis of total and active warheads, the amount of destruction caused by them, on the basis of fallout and the umbrella formed during explosion.

Nuclear weapons are the most deadly weapons ever built the history began in around the mid of the year 1939 when, when Albert Einstein wrote to then President Franklin D. Roosevelt. Einstein and several other scientists told Roosevelt of efforts in Nazi Germany to purify uranium-235, which could be used to build an atomic bomb. Soon after this the American government looked into the matter seriously and started their first project named “The Manhattan Project”. It took almost six years in developing formulas and techniques to purify and sanitize Uranium-235 from its ore and more than 2 billion US dollars were spent for this project.

Before we start our countdown for the world’s most destructive nuclear bomb we must first know how Nuclear Weapons work and what happens at the explosion. The Chain reaction is the main philosophy behind the humongous amount of energy and the reaction does not stop until unless the Uranium wipes out or the available neutrons. A total of 215 MeV of energy is evolved as result of single U-235 atoms reaction. As the explosion takes place the air at once gets ionized and there is no oxygen in the air present to be utilized for breathing, Electro Magnetic Pulse is evolved as a result of which all the electronic and mechanical devices ceases to work and huge amount of heat is produced which has the capability to melt each and everything on the earth. The radiations effect is long lasting which can even cripple generations.

The little boy was the code name of the atomic warhead used by the USA against Japan (Hiroshima). The Mechanism was free fall drop. In both the attacks the United States Air Forces B-29 bomber was used. The Blast Yielded approximately about 20 kilo tons of energy.     At one mile (1.6 km), the force of the blast wave was 5 psi, with enough duration to implode houses and reduce them to kindling. Approximately 1945, 66,000 people were killed as a direct result of the Hiroshima blast, and 69,000 were injured to varying degrees. 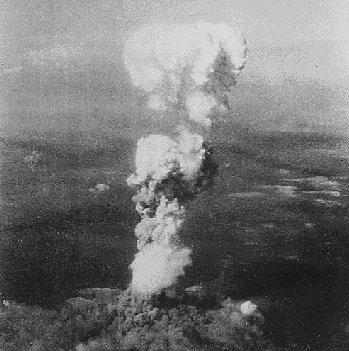 The atomic bomb which was dropped on the Japanese city of Nagasaki on August 9, 1945, it was the second nuclear weapon used in a war. It was 10 times more efficient then the little boy dropped on Hiroshima. The mechanism was same that is “free fall drop mechanism” delivered by a B-29 Bockscar piloted by Maj. Charles Sweeney. Blast yield was approximately 21-22 kT. 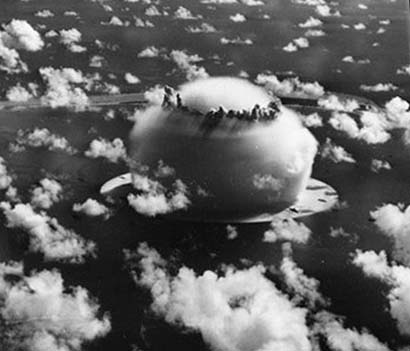