The criminal attempts to steal Mac user’s information by changing names of their scam are continuing to uphold by MacDefender developers. To this point, they have been using the naming scheme of the word “Mac” followed by a security-related word such as Defender, Protector, or Security. 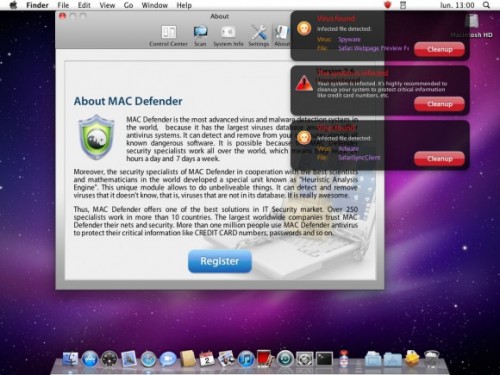 The latest name used for this software is MacShield, and as with the other names appears to be a drop-in change to the same interface used in the other malware. Regrettably, besides being confusing to users, this naming scheme is badly affecting legitimate Mac developers who have provided constructive software packages to Mac users over the years.

Eventually, these name changes only demonstrate that the malware developers are trying to milk their product for all they can, but it also serves as a warning that malware developers can possibly use any name or scheme to mask their attempts and try to coerce users into their traps. While presently they are using the one naming scheme, they could with no trouble adopt another with a new interface and approach to fool Mac users.